Tweet
‘Sometimes its the people no-one expects anything from who do the things no one expects’ is the oft repeated mantra in this compelling adaption of Andrew Hodges’s biography on Alan Turing the tortured soul who was the British genius who shocked everyone by cracking the Nazi’s infamous Enigma Code which changed the whole tide of World War 2.
Using a series of flashbacks this very classy period drama showed a teenage Turing being bullied at boarding school for being different. The difference in this case being his homosexuality and a streak of autism.  The action moves forward to the outbreak of the War and in one of the wittiest scenes in the movie, 26-year-old Turing, already a Fellow at Cambridge University, is being interviewed by a Navy Commander for a top secret wartime job. Well, it was meant to be secret but Turing shocks the Commander by revealing that he knows its about trying the crack the Germans top secret code, and without even a hint of conventional modesty goes on to insist that he is the only person in the world capable of undertaking this nigh on impossible task. 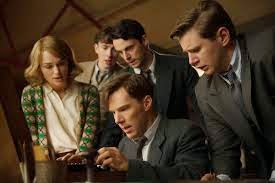 Set to work in a team under in the leadership of fellow cryptologist, an arrogant Turing totally lacking in any social skills and a complete loner, quickly alienates both his colleagues and his boss, and then totally frustrated at not being able to get his own way writes a letter to the Supreme Commander, none other than  Winston Churchill the Prime Minster. The movie doesn’t explain why, but Churchill himself himself known as quite a maverick, puts Turing in charge of the whole project and he thus gets to start building the expensive machine that he alone is convinced is the only option to crack the code that will enable them to decipher all of the German High Command’s secret messages.

Now that he is in charge, Turing persuades the Head of MI6, the British wartime Secret Service, to allow him to fire some of the classically trained cryptologists and employ some more unusual mathematicians who are also skilled at solving puzzles very fast.  One of the new intake is Sarah Clarke who turns out not just to be as good as her male counterparts but in fact much better, but Turing has to persuade her strict middle-class parents that this male-dominated work away from home was suitable for a young woman.
Clarke and Turing make a great pair both thinking out of the box and on the same wave length and when down the line she announces that her parents want her back home and married, Turing desperate to keep his brightest colleague, instantly proposes to her himself. His homosexuality was a well-kept secret not just because of the nature of his highly-classified work but the mere fact that it was illegal to be so in the UK. 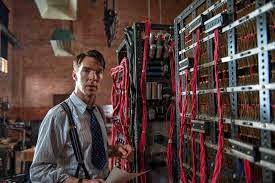 That’s not the only dark secret that he must keep as when he finally breaks the Code the news is kept not just from the public but most of the British Military High Command to ensure that word of their success doest leak back to the Germans. It in effects means playing fast and loose with peoples lives as decisions have to be made to which of the German attacks the authorities should allow to proceed in order not to tip them off that their secret transmissions are no longer secret.

The movie starts and finishes after the war when in 1952,Turing back at Cambridge University as a Professor has his house burgled. The Police Detective sent to check out the robbery thinks it strange that nothing has been stolen and he is also intrigued by Turing’s laissez faire attitude to the incident. On a whim he decides to investigate further and a red flag is immediately raised when he discovers that Turing’s classified (highly secret) war record on file is totally empty. When he looks deeper he does in fact discover that Turing is not a Communist Spy as he had suspected, but he is in fact gay.
At the subsequent Trial the Judge gives Turing the option of a two year jail sentence, or undertaking a case of hormone therapy instead of prison which has been likened to male castration.  A year later, at the age of 41, the brilliant man commits suicide.

It takes a Norwegian filmmaker Morten Tyldum to capture this quintessential British story of this single-minded manic zealot who could crack the most difficult code in the world but could never fathom out the simplest form of human interaction. Genuinely uninterested, and for the most part unaware, of his ability to converse with anyone he considered intellectually insignificant, it gave first-time scriptwriter Graham Moore great scope in making such mundane incidents like ordering lunch into wonderfully funny scenes. Whilst Turing rose to the challenges of being baffled by the intricacies of breaking the Code, it seems like he never wanted to fathom out anything beyond this, and his life outside of work contained no joy at all. 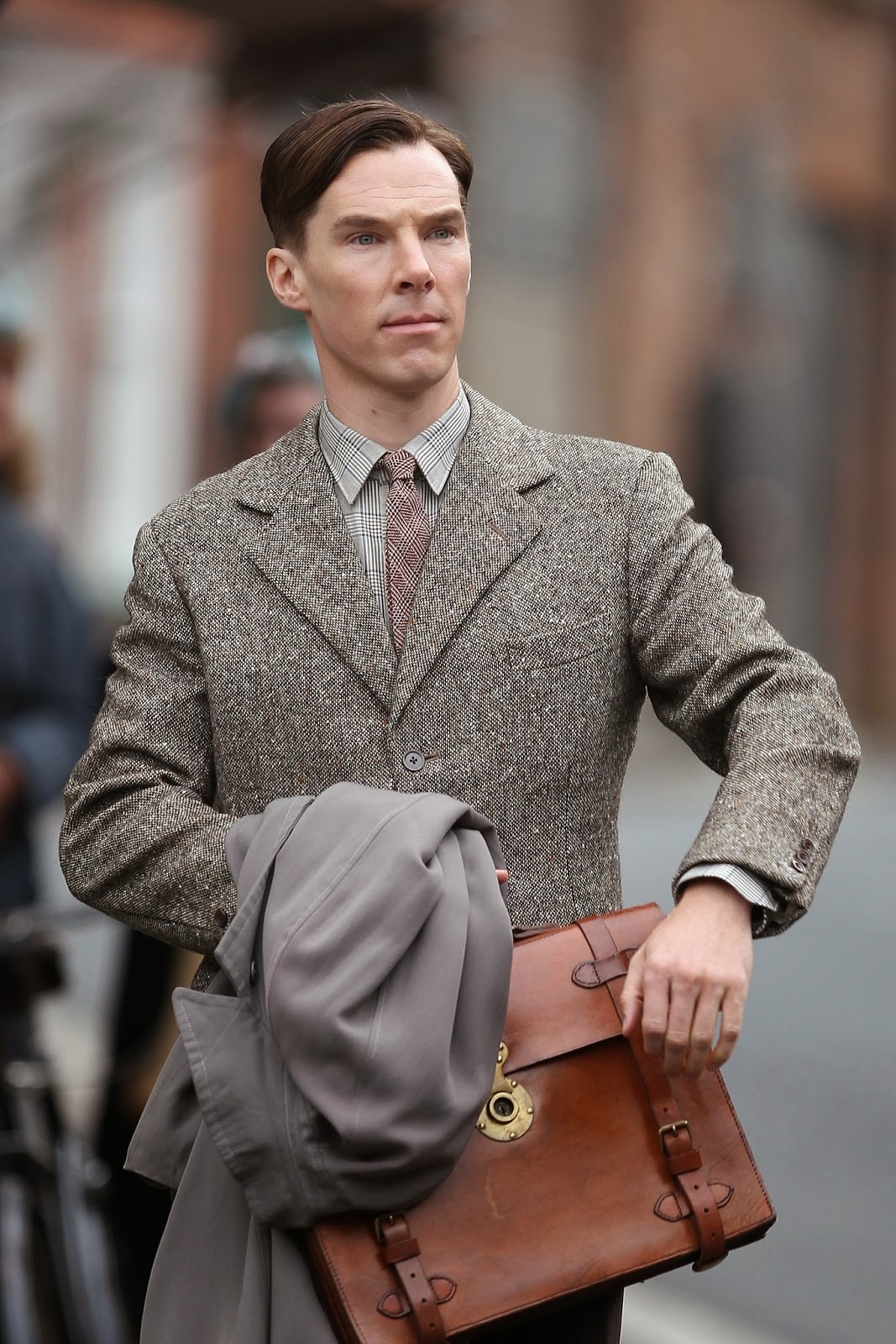 Benedict Cumberbatch gives a tour-de-force career best performance as the troubled genius.  He is a sheer joy to watch as the man driven by the insatiable knowledge that he is right, and so has no time for social niceties that he feels just impedes his progress. We come to like Cumberbatch’s Turing way before his Bletchley Park colleagues do because we can see that there is no hint of malice in his actions at all, and under all that bluff exterior he is quite the charmer. Cumberbatch is nothing short of electrifying.

There is a stellar supporting cast with Mark Strong as the sly manipulative Head of MI6; a stalwart Charles Dance as the Navy Commander who is determined to crack Turing  before he can  crack the Code; Mathew Goode as the lead cryptologist who ends up being the closest male friend Turing eventually makes; and Keira Knightly as Sarah Clarke who’s happy enough solving problems rather than making out with Turing.

There is a wonderful old-fashioned feeling to the whole piece resulting in a crowd-pleasing movie that will delight more than just the members of the Academy Awards.

P.S. 50 years after the War the news of Turing’s success was finally made public.  In 2009 the British Prime Minister Gordon Brown issued a Public Apology on how Turing had been treated, and in 2013 The Queen granted him a posthumous pardon. The machine that Turing created to break the code was the first of what we now know as computers.