San Francisco Bay Times: Congratulations! This is the San Francisco Transgender Film Festival 20th Anniversary, which is quite an accomplishment. What can we expect this year?

Shawna Virago: This November 10–12, SFTFF celebrates its 20th Anniversary festival with three days and nights of transgender and gender non-conforming films at the Roxie Theater. The festival will feature inspiring documentaries, jaw dropping animation, hard hitting short films, and gender and genre-busting experimental films. As always, all genders are welcome! 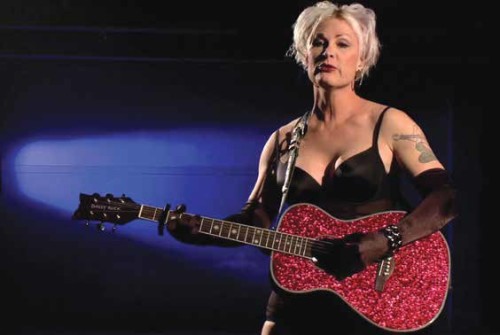 San Francisco Bay Times: What will be some of the highlights for you at this year’s festival?

Shawna Virago: I’m proud that we’re still here and more vibrant than ever. SFTFF is the world’s first and longest-running international Transgender film festival. We were founded in 1997, and so for years, we have had to survive and thrive on our transgender smarts, sweat and love from the community. I’m proud of all our programs this year, especially our closed-captioned-for-Deaf-and-hard-of hearing audiences program on Saturday, November 11, at 9 pm, which I think is a very strong program.

This year we’re thrilled to screen a new Macy Gray music video, Stop Drop Roll. It stars gender-fluid choreographer Jenzi Russell and is part of our opening night screening, Friday, November 10, at 8 pm. Also, part of our opening night screening is The Gold Fish Casino, a queer musical that tells the story of a plucky salmon forced by a lack of water to gamble her eggs to get upstream. It’s a timely statement about the ongoing destruction of the environment and is directed by Sarolta Jane Vay, whose work exemplifies a commitment to social justice. But all of the programs are strong, and people should come out and see them!

San Francisco Bay Times: Were there any unique challenges this year?

Shawna Virago: We had a record number of strong submissions. It was hard for the team to select only a fraction of them.

San Francisco Bay Times: What motivates you and your team to do this film festival?

Shawna Virago: We were founded in DIY and anti-oppression principals, and we are committed to have SFTFF provide a counter-narrative to the increasingly assimilationist world of transgender reality stars and celebrities. Hollywood gets it wrong—very wrong. Come see trans and gender-variant people telling our own stories. Come see trans characters played by trans actors.

San Francisco Bay Times: Just for you personally, what needs to happen this year for you to consider this experience a success?

Shawna Virago: I want to share our great programs with our communities. I believe gathering in community and sharing art and supporting each other are very important right now, given the ongoing attacks against our rights from the overt supporters of white supremacy, transphobia and racism that are running the national government. 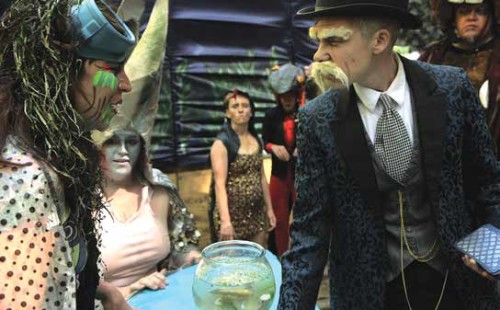 San Francisco Bay Times: How has SFTFF changed from its inception?

Shawna Virago: We were started in 1997 by two friends of mine, Christopher Lee and Alex Austin. I was brought in as part of the team in 2003. When we started, funders and most film festivals would not support transgender film festivals or filmmakers, so I am very proud of our history of advocating for the rights of trans and gender non-conforming film makers.

San Francisco Bay Times: Anything you’d like to add?

Shawna Virago: Although I look forward to the next twenty years for SFTFF, I want people to come out November 10–12 and help us celebrate our milestone 20th Anniversary!

The entire SFTFF lineup can be found at www.SFTFF.com

25 best LGBTQ books of 2020, According to Lambda Literary

‹ Truth Wins Out Outs ‘Ex-Gay’ Therapist Who Claims to Cure Gays, Yet Solicits Sex on Gay Dating Apps › Is the “Ostrich Effect” Blocking 1 in 6 People From HIV Testing?