Szabolcs (nicknamed Szabi) and his teenage German teammates do everything together.  They get matching tattoos and even ‘relieve’ themselves in unison when they are watching straight porn on the TV. However the camaraderie is quickly strained when they get thrashed in an important football match, and Szabi their captain is blamed for the loss. A fight breaks out during their post-game shower between Szabi and his best friend Bernard, which results in a hasty retreat early next morning with an angry Szabi sulking back to his native Hungary.
Instead of heading home and having to face his disappointed father who has all but coerced him into becoming a professional football player, Szabi instead makes tracks to the dilapidated farmhouse in a remote corner of the country that he has inherited from his grandfather. 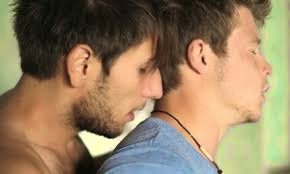