This real-life story of Edward John Barrington Douglas-Scott-Montagu, 3rd Baron Montagu of Beaulieu, a quintessential member of the English aristocracy, is a remarkable tale of how he survived one of the most notorious sex scandals of the 20th Century that resulted in a prison term, and then regained his position in society totally forgiven.  It’s the stuff that Hollywood melodramas thrive on but back in the 1950’s when this occurred, the Studios would not have been brave enough or even ever have wanted to make a movie about ‘the love that dare not speak its name.’ 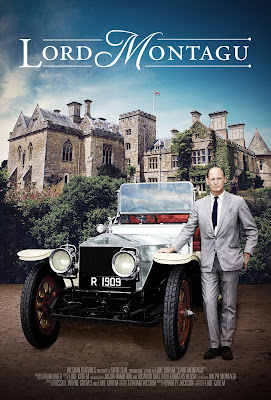 Lord Montagu inherited his title and his 7000 acre estate with its stately home in Beaulieu when his was just two years old after his 61 year old father died in an accident.  Although everything was put into a Trust until he came of age, the young Lord was still expected to play his part around the Estate, and he soon became very aware of both the responsibility and burden of preserving his legacy that had been in his family for over five centuries. 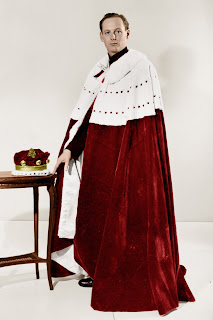 Post war Britain in the 1950’s was suffering from an economic depression and so just 25 years old (and the youngest member of the House of Lords) Montagu took the unprecedented decision to open his Home and Estate as a public attraction. The country still had a very entrenched class structure in place so tourists flocked to Beaulieu to see how the landed gentry lived and  to get a glimpse at their private lives.  It was an immediate success bringing in essential revenue to safeguard his heritage but it also brought a certain fame to Montagu himself. Ever the showman he delighted in being a major part of the attraction that the hoards of visitors wanted to see.

Then just as everything was going so very well for Montagu, he was awoken at the crack of dawn one morning by the Police and arrested, and suddenly it looked like he may lose everything. He was charged with ‘conspiracy to incite certain male persons to commit serious offenses with male persons’ i.e. gay sex.  At that time not only were homosexual acts a criminal offense but there was a brutal moral backlash against gay men, and every year over 1000 of them were being jailed. The maximum sentence for buggery was life imprisonment, but so many people never even got their day in Court as they committed suicide to avoid the ignominy of being exposed.
Montagu had always admitted to being a bisexual but in this instance he was not actually charged with having male sex but just allowing his friend Peter Wildeblood, a journalist with the Daily Mail, to have a vacation with his Serviceman boyfriend and his best friend in a Beach House in Beaulieu grounds. The media went wild with delight as this was the first time that the Police had ever dared to make such accusations against a Peer of the Realm, and the biggest Trial of its kind since Oscar Wilde’s. They offered the two servicemen immunity if they agreed to give evidence against Montagu and Wildeblood which they accepted, but their testimony in Court was so inconsistent and unbelievable it looked that the two charged men (plus Montagu’s cousin) may actually be set free.  However once Wildeblood admitted he was a homosexual then their fate was sealed.  He was sentenced to 18 months and Montagu was given 12 months.
However what the Trial did in a rather spectacularly way was bring public attention to the unfairness of the current law and it propelled the Home Office Committee under John Wolfenden to eventually recommend that the law was changed so that homosexuality was de-criminalized.Montagu maintained his innocence throughout and has done so up to the present day, and he steadfastly refused to publicly discuss this period of his life until 2000 when he published his memoir ‘Wheels Within Wheels’ because as he claimed he finally wanted to ‘put the record straight’.

Texas filmmaker Luke Korem, who have never even visited the UK before making this his debut film, covers this infamous ’cause célèbre’ which helped to change the whole tide of gay rights in the UK but focuses more of Montagu’s rehabilitation and how he so successfully re-established himself as a pillar of English society. He married twice, which in the process gave him a male heir who will become the 4th Baron, and established not only the influential Beaulieu Jazz Festival, but more importantly this avid collector of classic cars founded what would become the National Motor Museum.

Mixing archival footage with current interviews Korem paints a portrait of a man obsessed with his ambitious plans for Beaulieu and living a action-packed life surrounded by celebrities and other aristocrats often at the expense of neglecting his family. They all seem somewhat aggrieved that they played second fiddle in his life especially having to grow up with such little personal privacy in the middle of a major tourist attraction. ‘We live above the shop’ they complained somewhat bitterly. Montagu was publicly rewarded with the chairmanships of such august bodies of organisations such as English Heritage and the Historic Houses Association and was one of the few Hereditary Peers to retain his seat in the House of Lords after it was reformed.

What the film politely refuses to do is discuss whether Montagu abandoned all involvement with the gay community in general or privately, and also Korem failed to mention even that when Montagu’s convicted friend Wildeblood was released from jail that not only was he one of the very few gay men to testify to the Wolfenden Committee, but he became a lifelong gay activist.

Lord Montagu, now 89 years old, sadly suffered a stroke just before Korem started filming, but maybe the rest of his very fascinating story will come out one day.