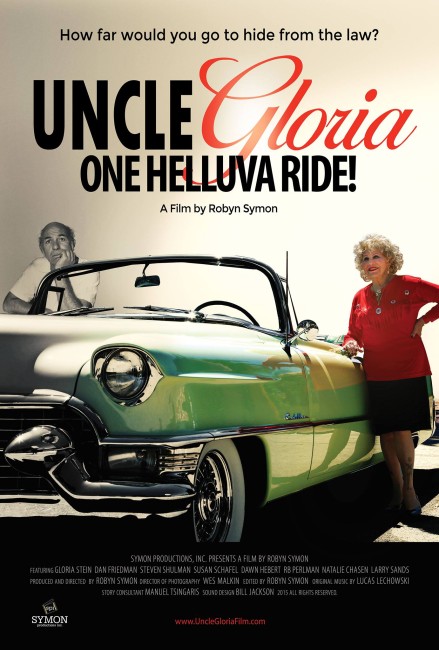 Some people wait an awful long time before they start to come to terms with the fact there were born with the wrong gender, or indeed have the wherewithal to deal with it.  Gloria Stein is one such person as she waited until she was 66 years old until she transitioned.  In this slightly stranger-than-fiction story we learn that one of the main reasons that prompted her to start the process then was that as Bernard “Butch” Rosichan he wanted to avoid being sent to jail for not making his alimony payments to his second wife. To be fair to Gloria, this wasn’t the only deciding factor, but it was the pivotal point to carry through something she had been working towards for a very long time.

Butch had been an aggressive loud-mouthed Jewish macho owner of a South Florida auto-wrecking company. Balding, pot-bellied and hardly attractive but evidently he was quite the ladies man.  In fact in this new documentary on her life, Gloria kept emphasizing that Butch loved women so much he thought he may just as well become one.  A slight simplification for what was obviously more her more profound reasons, nevertheless Gloria’s goal in her transitioning was to become the woman that Butch would have wanted to marry.

Gloria’s fascinating tale is one of the most unexpected and surprising journeys of a fiercely determined woman with a very infectious high-spirited personality whose transitioning also enabled her to come to terms with some of her past life choices that she made as Butch and which she now regretted.  Her nephew Stephen who had served time in prison for his drug addiction somewhat bitterly testified how obnoxious his Uncle had treated him in the past. In fact at the beginning of this film, which had been shot over a couple of years, he was adamantly refusing to reunite with Gloria.  They did however affect a happy reconciliation. but to everyone’s regret they couldn’t manage one with Gloria’s two sons that she hasn’t seen for decades.

Gloria had named herself after her two idols – Gloria Estefan and Gloria Steinem, and starting her life all over as a senior citizen simply empowered her to do whatever she wanted too. After her sex realignment surgery she even became a dominatrix for some time, and then to her complete surprise fell in love with Dan a rather timid  FTM transgender man who obviously totally adores her.  However what gives this rather inspirational and very compelling story a particularly happy ending is that Gloria has used her experience to now become an leading activist for the transgender community. As an outreach speaker to youth groups in Florida she tells her story and always encourages her young audiences with her very simple creed “if you want to do something, do it now because tomorrow may never come.”