This new documentary having its World Premiere at Translations: Seattle Transgender Film Festival sets about exploring the rather blurred lines of  gender and sexuality of a rather extraordinary London based Malayan Chinese actor/producer called Chowee Lee aka Zoe who is a self-professed gender-illusionist. Initially listening to interviews with Lee and friends was somewhat confusingly as no-one seem to be able to agree on the correct pronoun when talking about Chowee/Zoe, but gradually as the story evolved it made more sense as Lee identifies as genderqueer and claims to be equally comfortable as a man or a transwoman.What was different in Lee’s story is that he has never experienced any gender dysphoria, and his desire to adopt his feminine profile he claims is not that unusual for Asian gay men (which he also identifies with) who live in the West where they have difficulty assimilating in such an overtly masculine homosexual culture.

This profile by filmmaker Rosa Wang blended a series of talking heads with scenes from Zoe’s own semi-auto biographical play “An Occasional Orchid” which she/he had written some 20 years ago when it started to become apparent that parts for Chinese actors in London were very rare and hideously stereotypes. It also allowed Zoe to openly discuss the fact that in her own experiences, the life of a transgendered person is often about living in the twilight.

What comes across in this documentary is Lee’s self-assuredness of being very comfortable in his own skin and having arrived at this part of his life without the usual amount of trauma that one expects in journeys of discovery that he/she chose to undertake.  Zoe is not conflicted at all with the reality that her choices are not easily defined and that in itself will not sit easily in a society that still prefers to label people into definable categories.

The movie however carefully didn’t dig too deep and although we learnt a great deal about Zoe’s preferences in clothes and make-up,  we never discover much at all about her choices in relationships besides the handful of close friends who were on hand to bear witness to the fact that whether he chose to be Chowee or Zoe, they were equally happy. 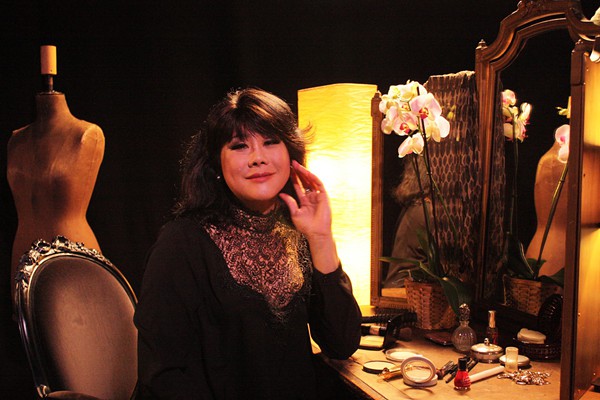