Film Review: Inside The Chinese Closet

It would seem that when LGBT men and women come out of the closets as gay to their family in China today, the parents then rush into the closets themselves.  According to this new documentary from Italian filmmaker Sophia Luvarà even liberated Chinese parents who ‘accept’ their children’s sexuality have an immediate concern in that the news is not shared with anybody else at all within their own circles or neighborhood.

Luvarà follows Andy a gay man and Cherry a lesbian as they both set about re-focusing their own lives just to please their parents.  Andy is 31 year old and a very affable man who self-identities as a bear and is a successful Architect in Shanghai. He is under a great deal of pressure from his father to enter into a fake marriage with a lesbian so that he can have a child. An anxious to please Andy goes along with the plan and has dinner dates with a few potential candidates,  but when none of them work out, hi father encourages him to move on to  the idea of getting a child through a surrogate even in this may cost him upwards of $65000.

Cherry meanwhile is negotiating  a divorce from her own fake marriage and has agreed with her parents that she will at least adopt a child afterwards.  She at least has a girlfriend who is kept well away from her parents as her father has not been told about her sexuality.  When Cherry returns to her family home her neighbors, unaware of her impending divorce, keep pestering her about not having given  birth to any children still after all her years of marriage.  At the end of the visit, she finally tells her mother, that there will be no adoption too.

There are no happy endings in this film and both Andy and Cherry’s futures are still unresolved.  Why Luvarà restricted her documentary to just these two is a mystery as the insight she gains is so very limited and gives no hint at all even of how widespread the problem is, or how those with not such strong personalities as Andy or Cherry would cope.  It was really a wasted opportunity and Luvarà left us just hoping that this pressure on Chinese LGBT people to go back in their closets with their parents will start to become a thing of the past when society becomes more accepting of homosexuality. 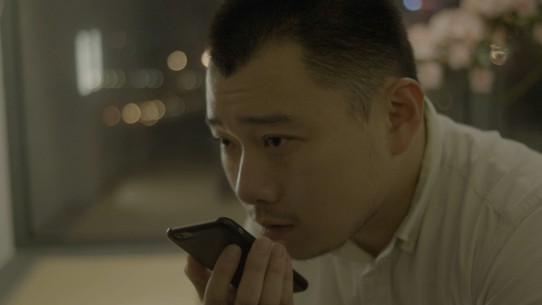