This movie is  the fictionalized account of the start of the career of a young San Diego youth called Sean Paul Lockhart with the stage name of Brent Corrigan, who in 2003 in the early days of a burgeoning internet culture became an extremely successful gay porn star. Lying about his true age to the rather sleazy predator producer who liked to be known by same name as his label i.e. King Cobra (brilliantly portrayed by Christian Slater) Corrigan (25 year old Garrett Clayton) became an overnight sensation as the latest hot ‘twink’ to perform on camera.  After a year living with Cobra and having sexual relations with him too, Corrigan observed the enormous financial rewards that the producer was reaping from the success of his videos and keeping for himself. When he demanded a share of the vast profits, a huge row ensued, and the two of them parted company with Lockhart slinking back home to San Diego.

One of the studios desperate to work with Lockhart then was the struggling Viper Boyz who hoped that having him star in their videos would make them enough money to not only pay off their huge debts but become very  rich too. Joe, Viper’s greedy psychotic producer (James Franco) and Harlow (Keegan Allen) his boyfriend/performer agreed to ‘take care’ of getting Lockhart out of his contract so that he would be legally free again, and they could start making their fortunes.  When Cobra refused to negotiate with them, Joe and Harlow brutally murdered him and then set fire to his house with the body in it to cover up their tracks.

Based on the book Cobra Killer by Andrew E. Stoner and Peter A. Conway this mish-mash of a movie has the real-life Corrigan, who had turned down the offer of playing himself, calling ‘foul’ saying that the filmmakers had bastardized his life.  Regardless of the accuracy of the story, the film does encapsulate a period when internet porn was still relatively scarce and the performers were stars and the pickings were very good indeed. Nowadays with the plethora of amateurs with their own cheap home-made videos flooding the endless succession of new sites that have become one of the mainstays of internet use, the ‘stars’ have all but disappeared.

The presence of Franco in the movie (who also served as one of the Producers) is a distraction to say the least. Even though the actor has probably played more gay roles than straight ones by now, his performance as the hyper desperate pornographer is such a caricature to the point that it is positively annoying. Whilst he over-acted it was difficult to understand why the talented  Molly Ringwald  & Alicia Silverstone were cast in two minor supporting roles and given very little to get their teeth into.

This ripped-from-the-headlines real-life story is an interesting period piece that would probably have fared much better in a more sympathetic pair of hands that were not quite so obsessed with their own agendas, and hopefully Mr. Franco will finally go straight again. 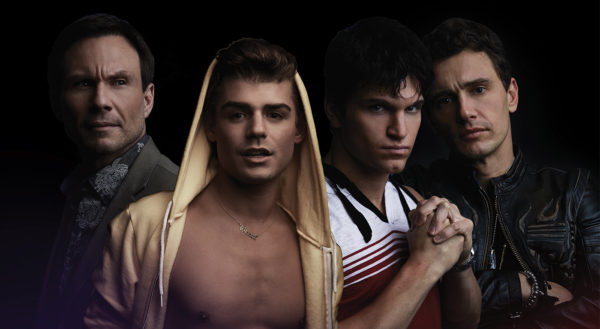