Hurricane Bianca is a contemporary take on a 1950’s screwball comedies and is about Richard a down-on-his-luck NY science school teacher who ends up taking a job in a small town school in the middle of rural Texas.  This openly gay man sticks out like a sore thumb, and is soon fired.  To keep his job he re-appears and is re-hired after his transforms himself into his drag persona of Bianca Del Rio who everyone loves.  Except for the school old-guard in the form of Vice Principal Deborah Ward (Rachel Dratch), but she is no real match for Bianca who with her quick wit and big smile can win anyone over.

This wee comedy has a serious side to it as it seeks to tackle real issues such as homophobia, bullying and LGBT employment rights but it does it all with such a light touch so that it isn’t taken too seriously after all.

This movie was written as a vehicle for Bianca Del Rio, who since winning Ru Paul’s Drag Race in 2014, has established herself as one of the most successful drag performers appearing in her own cabaret shows that established her star status all over the world.  Bianca, the creation of Roy Haylock, is best known for her rapid-firing wit that knows no bounds when it comes to either and political correctness, and she is without doubt one of the most gifted hilarious comics currently playing the circuit.  That however doesn’t seem to have registered with newbie writer/director Matt Kugelman who loads her down with a first half which not only fails to give Roy/Bianca a chance to shine, but the humor actually often falls positively flat at times.

The second part when Bianca gets to shine in the classroom and she is back on form, and the movie starts to finally take off and become funny.  If only Kugelman had allowed Bianca to actually improvise even more, the movie could have fulfilled much more of its full potential.

Watching Hurricane Bianca brought back memories of the recent Hurricane Matthew which although it sadly devastated areas such as Haiti and parts of the Carolinas, when it arrived in Miami it simply failed to live up to its hype and left us feeling relieved, but actually rather disappointed. 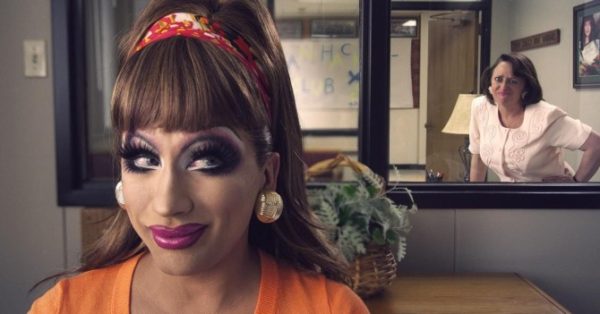