When 14 year old Ulysses’s (Luka Kain) father suddenly dies, his mother (Margot Bingham) has to take on a second job to make ends meet. She somewhat reluctantly accepts an offer from Ulysses’ ultra-conservative Aunt Rose (Regina Taylor) to come to take care of him and his younger sibling after work until she gets home. The teenager is in the throws of discovering his sexuality and identity, and when Rose finds out he has been secretly trying on his mother’s shoes she doesn’t let up on him for one single moment.

On a whim he takes himself off on the subway to the West Village and after wandering around aimlessly for hours stumbles on a small group of friends who befriend him and persuade him to join them at Church.  This is not for any religious service but is for the weekly LGBT drop-in center in the crypt where they get a meal and support.

As each of his new young friends share their (mostly unhappy) stories of how they got to this stage of their lives, their sense of optimism and empowerment starts to gradually effect Ulysses, and he starts making regular trips to the Church every Saturday night.

He is still being bullied at school and Aunt Rose keeps up her meanness, but now encouraged by his very first group of friends to consider entering an upcoming Vogueing competition, the young teenager happily buys himself a rather wicked pair of studded stiletto shoes.  However when Aunt Rose is spying in his bedroom, and discovers them, an almighty row breaks out ending up with Rose throwing him out.

He immediately flees to the Church, but as this is midweek there is no sign of anyone and so left to his own devices he ends up at a homeless shelter where his shirt gets taken, and next day on the streets he gets picked up and loses his virginity.

This cute and compelling coming-of-age tale which does have a realistic and conclusive ending is by no means a new story, but its take on it is refreshing and innovative.  It is aided by the fact that openly gay newbie filmmaker Damon Cardasis turned this into a hybrid musical with catchy original songs accompanied by some impressive choreography.

The central performance from its young star is totally stunning with his wonderful sense of innocence and abandonment, and it is what really makes this drama feel so authentic and so extremely watchable.

“Saturday” Church” will be shown at Outwatch – Wine Country’s LGBT Film Festival, Saturday November a at 12:30 p.m. at Third Street Cinema in Santa Rosa.  For more info, go to:  www.outwatchfilmfest.org. 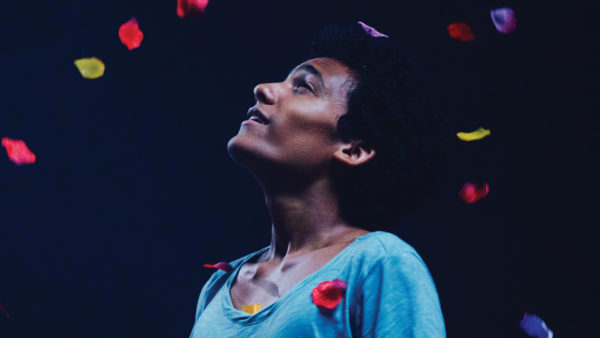