Kate Kendell to Step Down from NCLR After 22 Years 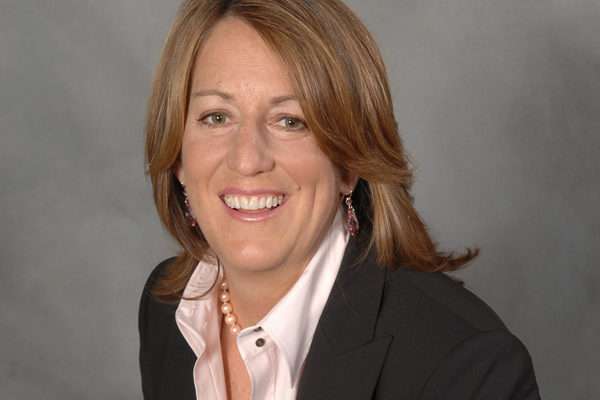 Lesbian activist Kate Kendell is set to step down from her role as head of the San Francisco-based National Center for Lesbian Rights after 22 years on the job, the organization announced Thursday.

Kendell said in a statement her decades on the job at the now leading LGBT organization “has widened my vistas and laid open my heart.”

“I am honored to have held this position and privileged to have experienced the countless moments of joy and awe that have forever changed our lives as LGBTQ individuals,” Kendell said. “I’ve been at the center of enormous NCLR victories, four at the U.S. Supreme Court, including the freedom to marry, a fight that seemed impossible to many when I became executive director 22 years ago. I feel enormous gratitude to have been a part of the NCLR legacy and part of the history of the fight — still on-going — for justice for all LGBTQ people.”

More recently, NCLR under Kendell’s tenure took the lead in efforts to ban widely discredited “ex-gay” conversion therapy and passing a slew of pro-LGBT state legislation in California. The organization was also one of the first to file litigation that successfully led courts to enjoin enforcement of President Trump’s ban on transgender military ban.

Kendell said NCLR continues to be important because the Trump administration is “committed to rolling back our rights, jeopardizing the lives of LGBTQ immigrants, failing to protect our youth, and committed to denying critical access to health care.”

“I am confident that a new generation of NCLR leadership, hand-in-hand with our dedicated staff, will chart a bold, fierce future for our community,” Kendell said.

According to the NCLR, the organization’s budget grew from $500,000 to more than $5 million, the number of staff members has increased by five times and NCLR now has both West Coast and East Coast offices in San Francisco and D.C.

Shannon Minter, national legal director for the NCLR, had high praise for Kendell in a statement upon news of her departure.

“Working with a leader of such fierce intellect and unfailing compassion has been the greatest privilege of my professional life,” Minter said. “I speak for all NCLR’s staff in saying that we are more dedicated than ever to fulfilling Kate’s vision of a world in which no one is left behind.”

Also praising Kendell in a statement was NCLR board co-chair and senior counsel at Google Therese Lee, who said the departing leader “brought LGBTQ issues to the forefront of the national conversation at a time when few others had the courage to do so, and anti-marriage equality sentiment was sweeping the country.”

“She has cemented her place and NCLR’s place in the history of California and in the nation,” Lee said. “I am proud to have worked alongside Kate to nurture this organization, fight for equality for our most vulnerable community members, and help people realize the transformative power of justice.”