Film Review: ‘From Baghdad to The Bay’ 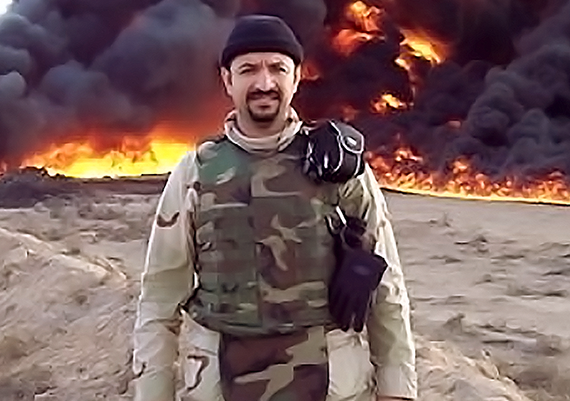 Ten years in the making this new excellent documentary from filmmaker Erin Palmquist is the engaging story of Ghazwan Alsharif an Iraqi refugee and former translator for the U.S. military.  After years of service helping the American invading forces, he was wrongfully accused of espionage and tortured by the military police in Iraq for some 75 days before being rescued by a US Colonel who he had served and who personally vouched for him.

When the Iraqi militia learned of his work with the US Forces they first threatened his family and then bombed his home.  His parents who ironically had been the ones who had initially encouraged him to help the Americans liberate the country now ostracized him for refusing to give up his war work.

Despite the US Government’s avowed aim to help re-settle Iraqis who had risked their lives working with the Armed Forces (in those days anyway) the reality of actually being allowed to immigrate to safe haven in America involves a long and arduous procedure which does not guarantee success.  Alsharif was one of the very rare lucky ones who managed to be awarded a place in an International Refugee scheme which enabled him to get to San Francisco.

Over the years Palmquist and her crew regularly returned to visit Alsharif and see how he was managing to adjust to his new life. It would be wrong to underestimate both the upheaval and suffering of being forced to give up your own home and culture purely to survive.  He was not only ostracised by his entire family back in Iraq, but his divorced wife now living in London rarely allowed him even phone contact with their son.

A major plus side of his new life was that it was now safe for Alsharif to finally come out as a gay man, but when his photograph with other gay men appeared on Facebook, his brothers called from Iraq to demand that they are taken down.  Then in 2012 when he lent his support to the group campaigning to stop Iraqis being killed back home just for being gay, his family contacted him again to tell him to desist.  An American Arab explained that the family could be totally excluded from Iraq society if it was known they had a gay son, which may seem severe but pales in comparison with the knowledge that this could easily cost Alsharif his very life.

He is by all counts a very affable man, with a passion for his work as a chef (he even got his 5 minutes of fame appearing on Food Network program). He has a new group of friends, American citizenship, and a gratitude for his freedom which almost makes up the loneliness he feels he can never escape from.

In a very similar story that was the subject of the movie Out of Iraq, the two gay Iraqis involved had each other, and after almost insurmountable obstacles managed to finally settle in the U.S. together.  That’s what Alsharif seems to feel he is missing in his life.  Perhaps that’s a  good enough reason for a follow-up documentary.