Frameline Film Review: ‘Scotty and the Secret History of Hollywood’ 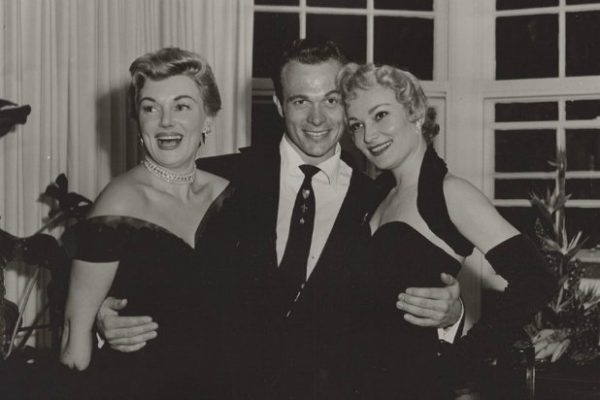 Scotty Bowers is a 94-year-old white-haired rascally old man who can remember the old days when he was the procurer that used to feed Hollywood stars’ insatiable appetite for all sorts of forbidden sex as if it was yesterday.  However, with most of the people he names in his rather mind-boggling stories being long dead, it is left to us to attempt to decipher what actually is the truth.

For this new documentary filmmaker Matt Tyrnauer (Valentino: The Last Emperor ) takes Bowers’ own memoir as his source ‘Full Service: My Adventures in Hollywood and the Secret Sex Lives of the Star‘ yet extremely proficiently presents it all in such an unsensationalized fashion that makes the story so engaging.

After WW2 Bowers a handsome decorated ex-Marine left the Midwest for a new life in Hollywood and got a job pumping gas at 5777 Hollywood Boulevard.  In his first week, Walter Pidgeon drove in to have his tank filled and at the same time invited Bowers back to ‘take a dip in my pool’.  He didn’t have to ask Bowers twice who jumped into the car and never looked back.

Well, he kept his job at the gas station but as word soon got around Hollywood of the ‘extra services’  he provided there was such a stream of stars and celebrities driving in that he started recruiting other young servicemen (and women) to fulfill all the demand.

As he recounts it all, Bowers tells that every ‘service’ cost $20 a pop and although he was known as a pimp, he claims that he never took a cut of that, something that was backed up by some of the ‘guys’ still living.  The $20’s added up as Bowers soon bought a whole house for cash.

The advent of AIDS in the 1980’s brought an end to ‘casual tricking’ and also  Bowers’ lucrative business. Nowadays he potters around the two cramped packed houses he owns that makes him an instant candidate for ‘Hoarders’ Reality TV Show.  He is still clinging on to his past with a round of book signings and meeting up with a few old pals who trip over themselves fawning about what a wonderful man he was.  And they are probably right.

Bowers is difficult to accurately define ……..Stephen Fry describes him sexually as ‘pre-gay’….. and when Bowers is asked at one point, “Just what are you?,” he replies “I’m everything.”  He is undeniably a charmer who has led a totally fascinating life, even though some of it must be taken with a large pinch of salt (like the claim that stars never paid him for sex and he made his money from bartending) and makes Tyrnauer’s affectionate profile such a must-see film.

‘Scotty and the Secret History of Hollywood’  will be shown at Frameline 42 at the Roxie Theatre, Friday, June 22 at 6:30 p.m.