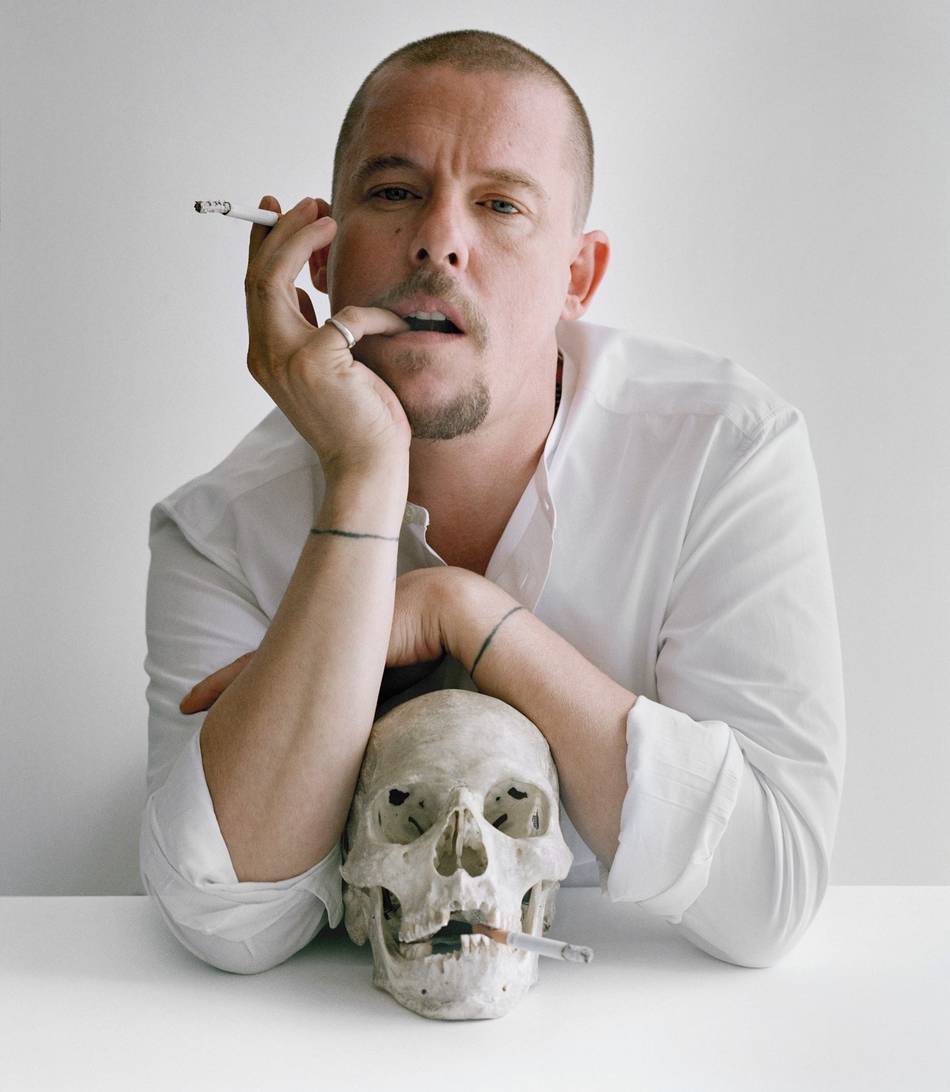 At last an iconic fashion designer finally gets a documentary that has been crafted in a style that truly matches his visionary clothes and is completely faithful to the integrity of his inspirational work.  The story of Alexander McQueen as portrayed in this new detailed profile from filmmakers Ian Bonhôte (AlleyCats) and Peter Ettedgui (son of legendary UK Fashion Retailer Joseph) shows a unique and remarkably talented genius whose dark side constantly troubled him and finally made him cut his own life so short.

Born into a blue-collar family in London’s East End, Lee’s passion for making clothes ….. and unusual ones at that….. started at a very early age.  He served an apprenticeship as a tailor in Saville Row and then applied to Central Saint Martins College of Art and Design, to work as a pattern cutter tutor. However, when Bobby Hillson, the Head of the new MA course in fashion design saw his portfolio she persuaded him to enroll in the course as a student.  Now in an interview, she acknowledged that he had this strong natural talent and that although they couldn’t teach him to design but just give him the wherewithal to help him to use it.

McQueen’s Collection in his final year show was bought up in its entirety by Isabella Blow an eccentric aristocrat with a penchant for the avant-garde, and she became one of McQueen’s closest friends and one of his biggest supporters and would remain so until she took her own life just before McQueen took his.

Now branching out with his own label, McQueen very quickly became known as the “L’Enfant terrible” and “the hooligan of English fashion” for his outrageous style that literally threw the rule book out of the window to create fashion that London had never seen before. From the very beginning, it wasn’t just the outfits in his collections ……. such as in his second one called McQueen’s Theatre of Cruelty …. but also the extravagant theatrical style of his runway shows that turned more than just heads.

Nearly all of his Shows have been captured in their full glory on video, so it gave the two filmmakers a wealth of footage to use to allow us to gaze in awe at the McQueen’s unadulterated genius which is shockingly brilliant. However equally fascinating was all the ‘home’ videos that he and his close-knit bunch of friends and collaborators made that showed McQueen’s own thought processes and also his rigid obsession with the darker side of life.

These personal tapes are particularly fascinating when they record important milestones in his life,  such as the surprising offer to be the Creative Director of Givenchy one of the most conservative and rather haughty luxury French Fashion Houses.  They show McQueen and his coterie rather overwhelmed by the grand and ornate headquarters that they were expected to work, and where they appeared life fish out of water.

His first Collection for Givenchy was not a success but subsequent ones were and although his designs for them were more refined they still had all McQueen’s brilliant touches.  He is very frank on camera saying that the vast amounts of money that Givenchy paid him helped finance his own label which was always his first and last love.

McQueen was openly gay from a very early age and the documentary includes interviews with most of the men he had significant relationships with, all of whom had also remained on good terms with. He was also very close to his family particularly his elder sister Janet and his mother. So much so that his mother’s death was a major factor in his depression and he took his own life the next day after she died.

With a stunning Michael Nyman soundtrack, Bonhôte and Ettedgui very rightly allow the clothes and the shows to do most of the ‘talking’.  There are a few minor diversions such as how his relationship with Isabelle Blow seemed to get unhinged.  Also how too many people now line up wanting to take credit for  McQueen’s success  ……fellow designer and best friend John McKitterick dismissed people’s claims that they had ‘discovered McQueen …..’McQueen’ he said ‘ had discovered himself’.

This exhilarating film focuses on his sheer theatrical genius in ensuring that all his work was introduced to the world in a style that mirrored the clothes. He deliberately shocked and provoked the fashion industry in such a way that they are still reeling from it some years after his death. They anointed him British Designer of The Year for an unprecedented four years in a row, and the Council of Fashion Designers of America made him International Designer.  Even the Queen honored him with a C.B.E.

However, it was all not enough for McQueen’s dark side finally got the better of him in 2010 when he was just 40 years old, and the world lost one remarkable genius, the likes of which we will never see the same.