Out CNN Anchor Don Lemon Hits Back: Trump Is A Racist Bully 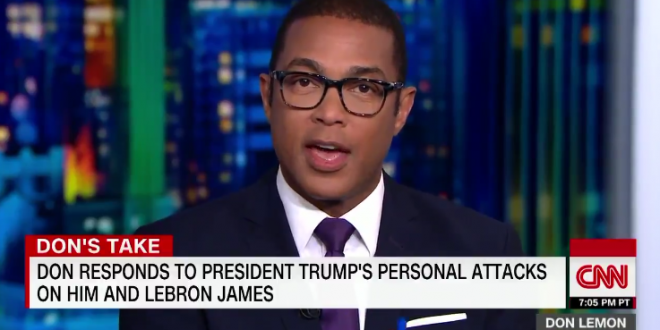 “Let me not mince words here. This president traffics in racism and is fueled by bullying. President Trump is trying a divide-and-conquer strategy here and here’s how it goes. He divides by race and tries to conquer decency by smearing and besmirching the truth and the people who fight to uphold it. Referring to African-Americans as dumb is one of the oldest canards of America’s racist past and present — that black people are of inferior intelligence.

“Unlike this president who lashes out wildly at anyone who criticizes him, LeBron James — in addition to being a brilliant black man, a superstar in his sport, and a hero to his community — is taking the high road, which is exactly where he belongs.” – Don Lemon, reacting last night to the below tweet, which has more than twice as many “likes” as the average Trump tweet.

A Radical Lesbian: Review of “The Daring Life And Dangerous Times of Eve Adams”