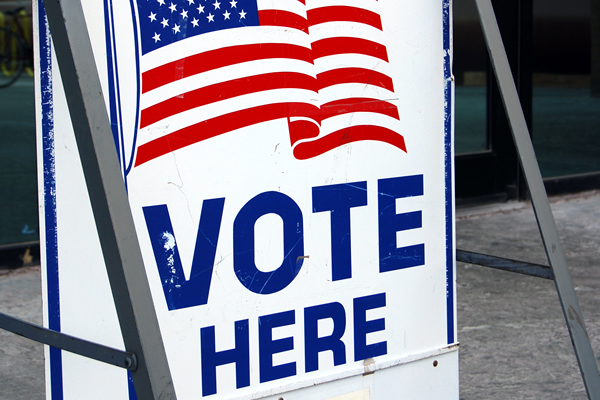 If every person inviting me to a protest or to sign a Change.org petition had bothered to vote in 2016, we wouldn’t need all these protests and petitions.

The good news from 2016 voting patterns is that the much-maligned millennials voted for Hillary Clinton over Donald Trump by a 55-37 percent margin with 8 percent citing “other/no answer.”

The bad news is that barely 50 percent of millennials showed up, more than eight points below the overall turnout of 58 percent, according to the Pew Research Center. Millennials continue to have the lowest voter turnout of any group. Millennials (defined as between the ages of 18-35) comprise a whopping 31 percent of the electorate — the same as the Baby Boomers. But nearly 70 percent of Boomers voted in 2016, a rate identical to their 2012 turnout. Nearly 63 percent of Gen X voters showed up in 2016.

What’s even more ominous as we look to next month’s critical mid-term elections is that only 28 percent of millennials say they are “absolutely certain” to vote, according to a summer poll from the Public Religion Research Institute. Another poll from the AP showed that 32 percent of young voters would “certainly vote.” By comparison, 74 percent of seniors plan to vote next month.

As Dave Wasserman of the Cook Political Report put it, “Right now the ‘blue wave’ is being powered by suburban professional women, but to fully capitalize on 2018, Democrats need to energize young voters and voters of color.”

This is an alarming trend because, like it or not, we are a two-party system. This isn’t Europe where fragile coalition governments are frequently formed to secure enough votes for a leader. The time for fanciful voting in the United States comes during the primaries. Sure, feel the Bern; hell, vote for Princess Leia or Kermit the Frog if you want to. But in the general election, it’s time to get serious and choose one of the viable major party options. Much was made in 2016 of the millennials’ need to be “inspired” by their political leaders. Let’s hope they have learned the cynical lesson that our choices are sometimes less inspirational and more practical. But for about 70,000 votes spread across three Midwestern states, 2,000 immigrant children wouldn’t be living in cages right now and Brett Kavanaugh would be but an obscure, beer-swilling judge that you never heard of.

The stakes couldn’t be higher next month. If the Democrats can’t flip the House, then Trump gets another two years of unchecked power. If they can miraculously flip the Senate, then his efforts to take over the judiciary and stock courts with right-wing ideologues can be stopped. A Democratic House can bottle up Trump’s legislative agenda, launch full investigations into Russian meddling (and myriad other scandals) and even impeach Trump and Kavanaugh. With the Mueller report expected possibly in the first quarter of 2019, the balance of power in Congress becomes even more important.

Elections have consequences — and Kavanaugh’s appointment to the Supreme Court will be the most grave. During his confirmation process, Kavanaugh was grilled by Democratic senators on gay rights issues. He declined to answer specific questions and ominously cited the Masterpiece Cakeshop decision, which happens to be the one ruling that went against gay interests. Kavanaugh’s time as staff secretary in the Bush White House is even more troubling, as he refused to answer questions about the push for a Federal Marriage Amendment banning marriage equality. The Trump administration refused to make public Kavanaugh’s correspondence from that time. We can safely assume that he argued in favor of such a ban. Kavanaugh has spoken in favor of “religious liberty,” which we know to be code for anti-LGBT discrimination.

With Roe and Obergefell in the crosshairs of the right-wing evangelicals who call the shots in this administration, the mid-terms are the only way to stop the country’s march backwards.

The Freedom Caucus is just a rebranded Tea Party. It’s still made with 100% pure hate