Gay Wisconsin Student That Refused To Take Part In Nazi Salute Photo: I Know What My Morals Are 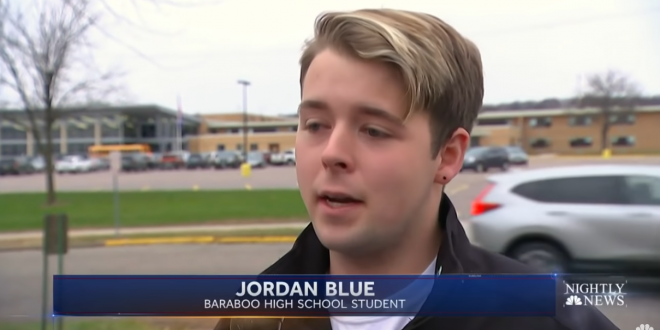 A photo showing a group of Baraboo High School boys from the class of 2019 giving a stiff-armed Nazi salute prior to this past spring’s prom is generating outrage online and has prompted an investigation by the district and police.

The photo taken on the Sauk County Courthouse steps includes about 50 students, though not all are holding their arms outstretched. One of those students is senior Jordan Blue. The 18-year-old can be seen in the top right of the photo with his arms at his sides and a neutral expression while most of his classmates are pictured laughing.

In the photo, almost all of the 63 boys appear to make the Sieg Heil salute before their junior prom in the spring at Baraboo High School. One student also seems to be flashing a white power sign with his hand. The controversial picture is reported to have been taken by a local motorcycle photographer.

One student, Jordan Blue, who was in the photo but did not make any racist gesture, is distancing himself from the controversy. Blue said making the salute was the photographer’s idea, and it happened so fast he couldn’t get out of the group picture. “I knew what my morals were and it was not to salute something I firmly didn’t believe in,” he said. 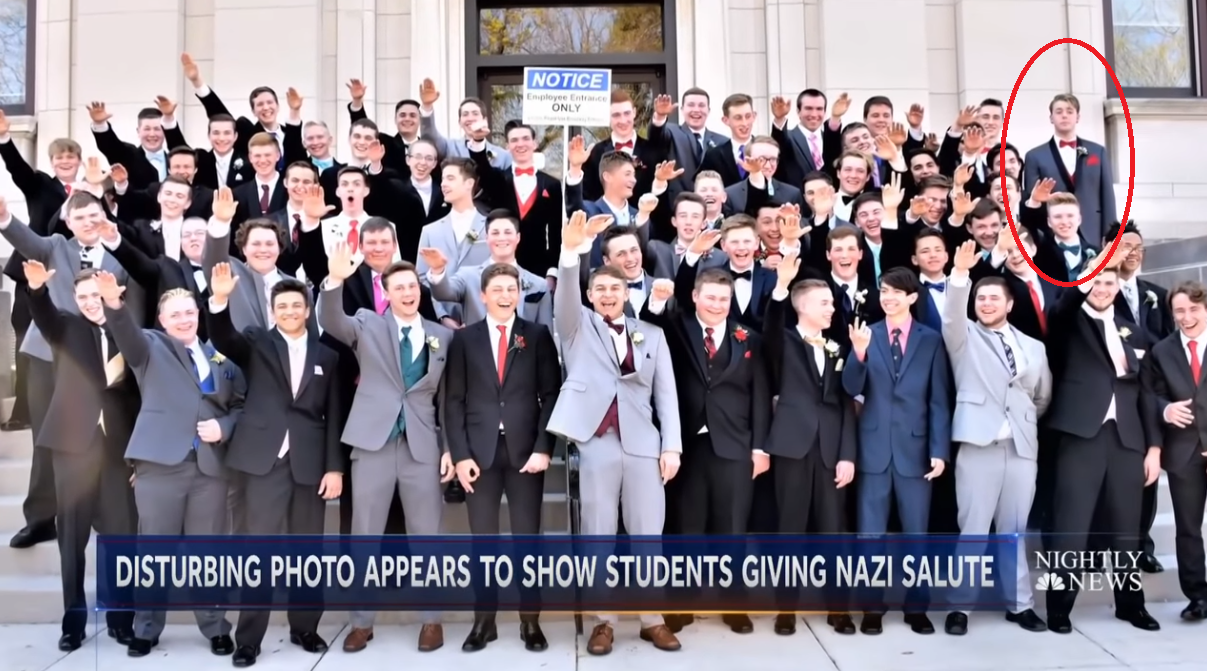