A professor at the University of Kentucky’s College of Public Health who is credited with bringing millions of dollars in federal research funds to the university for projects he initiated has accused university officials of removing him as a department chair because of his status as a non-binary male who identifies as transgender.

In a nine-page statement provided to the Washington Blade, Richard A. Crosby, an endowed professor with a doctorate degree in health behavior, accuses university officials of “fabricating” a series of charges against him as an excuse to oust him as chair of the Department of Health Behavior.

In its decision in July 2015 to remove him as department chair while allowing him to retain his position as a tenured professor, the university cited complaints by colleagues that he exhibited “volatile and explosive behavior” and that junior faculty members working under him were “terrified of his behavior.”

University officials also said Crosby “demeaned a female colleague’s promotion claiming it was not based on her merit but instead because ‘she is a woman, genitalia.’”

Crosby vehemently disputes those allegations, saying they were “all lies” attributed to people that the university has refused to identify.

Crosby’s decision to contact the Washington Blade last month about the transgender allegations surprised university officials, who strongly deny his dismissal as chair was based on discrimination. In court filings in response to Crosby’s lawsuit university officials said the dismissal of him as department chair was based solely on his alleged improper behavior toward colleagues.

In several court briefs, the university’s attorney asserted that under a longstanding policy all department chairs serve “at will” and can be removed for any reason as part of an administrative action that’s not protected by the normal due process procedures that come into play for firing someone from the position of a tenured professor.

“Dr. Crosby’s tenure was not in question nor was it impacted,” said University of Kentucky spokesperson Jonathan Blanton. “This was solely about – and has always been solely about – his position as department chair,” Blanton said.

Blanton points to the university’s strongly worded nondiscrimination policy that includes protections based on sexual orientation and gender identity and expression. Blanton also points out that the university in recent years opened an Office of LGBTQ Resources with a full-time director.

Crosby acknowledges the university has adopted LGBT supportive policies but says those policies mostly were put in place after he filed his lawsuit.

“This is one university professor’s account of how a large Southern university (the University of Kentucky) clandestinely removed me as department chair, and simultaneously initiated extreme fabrications designed to remove tenure from me as an endowed full professor,” Crosby says in his statement to the Blade.

“To be clear, it is now evident that two reasons for this were operating: 1) my research agenda is highly focused on HIV prevention for black gay males…and 2) I am a non-binary white male, which greatly threatens the cisgender white male culture of privilege at this very conservative university,” Crosby says in his statement.

“This hatred of my research and gender expression prompted actions to remove me despite being a strong ‘breadwinner’ for the university,” he said, pointing to many federal research grants he obtained on behalf of the university for his research on black gay men and AIDS prevention efforts.

Crosby said some of his more recent research has focused on transgender women of color “in the context of condom use for any sex to avert HIV infections.”

Although he identifies as non-binary and transgender Crosby told the Blade that he prefers to be addressed by the pronouns “he” and “him.” 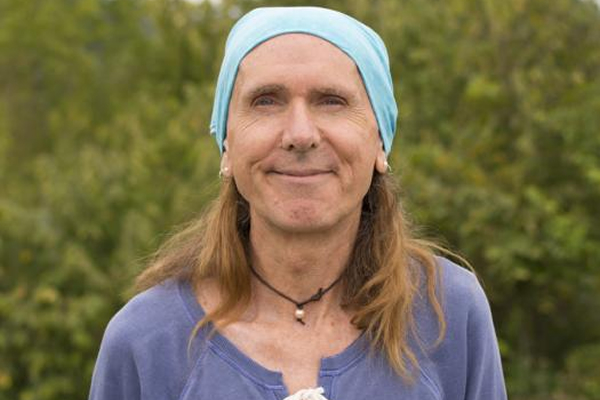 Crosby appealed the dismissal to the Sixth Circuit U.S. Court of Appeals, which upheld the lower court’s ruling in a 2-1 decision in July 2017. He appealed that ruling to the U.S. Supreme Court, which in turn declined to hear the case and by so doing upheld the appeals court ruling against Crosby.

Crosby told the Blade that although he always believed the underlying motive to remove him as department chair was a bias against his gender identity he chose not to make those allegations in his lawsuit at the advice of his attorney.

He also points out that while the lawsuit makes no mention of gender identity discrimination it points out that up until the time university officials first accused him of improper behavior toward colleagues at the department in June 2015, no complaint against him had ever been lodged since he was first hired as a professor at the University of Kentucky in March 2004 and promoted to the position of chair of the Department of Health Behavior in 2006.

The lawsuit also notes that up until the time of the June 2015 accusations against him, he had received the highest possible performance ratings during every rating period from the time he was first hired as a professor in 2004.

According to Crosby and two former colleagues at the university who are supportive of him, the accusations against him by unnamed colleagues in June of 2015 took place about six months after he began to transition into what he now says is his identity as a non-binary male and transgender person.

Among other things, his appearance took on characteristics of a female in dress and hairstyle, Crosby said. It’s for that reason, he now says, that he believes the motive behind the accusations was a bias against his gender identity.

“Senior university administrators were unaware of any change in Professor Crosby’s dress. Period,” said university spokesperson Blanton in a written statement. “Our board and President have repeatedly made it clear that the university does not discriminate on the basis of gender identity. Period,” he said.

Richard Clayton, Emeritus Professor at the University of Kentucky who’s now retired, told the Blade that he hired Crosby as a professor and later named him chair of the Department of Health Behavior. He said the entire time he has known Crosby and observed his work as professor and department chair up until the time Clayton retired in 2013 he had never observed Crosby exhibit the type of inappropriate behavior he was accused of engaging in.

Tom Collins, an adjunct professor at the Department of Health Behavior who serves a coordinator of Crosby’s research project, said he, too, has never observed alleged improper behavior university officials claim Crosby engaged in during the many years that Collins says he has worked for Crosby.

“None of the things he is accused of doing are characteristic of what I observed of him,” Collins told the Blade.

However, both Collins and Clayton said they also never observed others who had dealings with Crosby appear to treat him in a negative or disparaging way based on Crosby’s gender identity. The two said they were aware that some of Crosby’s colleagues asked question about his change in appearance when he began transitioning his gender identity in 2014.

“But I don’t feel those questions were asked out of malice,” said Collins.

Although they say they don’t have definitive proof, Collins and Clayton said they believe at least one motive for the accusations made against Crosby related to his alleged improper behavior that led to his dismissal as department chair was resentment and fear of the high work related standards Crosby put in place when he became department chair.

“I hired him because he was an outstanding researcher and he won numerous teaching awards,” Clayton said. “I think part of the problem that these junior faculty members may have had – he expected them to perform and to meet the criteria for promotion, which includes getting grants and publishing articles in peer reviewed literature and being good teachers,” said Clayton.

Thus Clayton and Collins speculated that disgruntled faculty members working under Crosby at the department might have concocted a plan to exaggerate their grievances against him as a means of having him ousted as department chair.

Crosby, meanwhile, says he remains convinced that the motive behind his ouster as department chair was bias against him for his gender identity and bias against his research projects that focused on gay sex and HIV prevention and trans women of color.

“Although the ‘safe road’ would be to remain silent, I have an obligation to any professional colleagues through the U.S. to break this silence in service of protecting the ‘rights and privileges of the academy and upholding LGBT rights for professors,” he said in his statement to the Blade.

University spokesperson Blanton says the university remains firm in its assertion that its action against Crosby had nothing to do with his gender identity.

“Dr. Crosby was removed as chair by his Dean for his behavior following a number of complaints from his colleagues that resulted in an extensive investigation by our Office of Institutional Equity and Equal Opportunity – nothing more; nothing less,” he told the Blade in a statement.

“Dr. Crosby brought a legal challenge to the University’s decision to remove him,” Blanton said “At no time in his legal challenge did he reference, suggest or make any argument about his gender identity,” he said. “It is unfortunate that in the face of multiple courts rejecting his specious claims that he now seeks to use important identity categories – like gender identity and expression – in this way.”