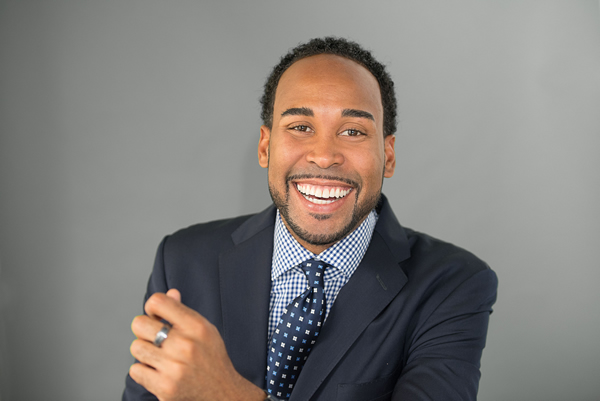 ‘No one wins when we don’t dig in, grow, and demonstrate a desire to honor everyone’s humanity,’ said NBJC Executive Director David Johns. (Photo courtesy NBJC)

The National Black Justice Coalition, a D.C.-based civil rights organization that advocates for black LGBT people, issued a statement last week calling for “courageous and life-saving conversations during the holiday season” to help curtail bias and stigma faced by LGBT people of color.

In its Dec. 12 statement NBJC pointed to two recent developments that highlight what it called the stigma and bigotry LGBT people, especially black LGBT people, continue to face that sometimes surface in the popular media.

“This past weekend, Twitter and traditional media blew up after comedian D.L. Hughley called Trans actress Indya Moore a ‘pussy’ and Kevin Hart resigned from hosting the Oscars after refusing to apologize for extremely homophobic language,” NBJC said in its statement.

Hart, an actor-comedian, later issued an apology to the LGBT community for what he called “insensitive words from my past” that surfaced recently from his past postings on Twitter.

Hughley declined to apologize and said he didn’t believe Hart should have withdrawn from serving as host of the Oscars scheduled to take place in Hollywood in February.

NBJC noted in its statements that the anti-LGBT remarks attributed to Hughley and Hart were followed by an incident in New York City in which a 20-year-old woman suffered a fractured spine in an attack in the subway by a man who shouted an anti-gay slur.

“As we move into the holiday season, a time for family, sharing love, and good cheer, it is important to remember the many ways that Black LGBTQ and same gender loving people as well as individuals thriving with HIV face stress, ridicule, and the risk of rejection simply as a result of who they are and how they show up in the world,” the statement says.

The group said its call for “courageous and life-saving conversations during the holiday season” is part of its recently launched “Words Matter Campaign” and a recently released “Digital HIV Toolkit,” which outlines actions people can take to educate and persuade their loved ones and others to end bias and stigma against LGBT people and people with HIV.

“Words Matter is based largely on NBJC’s commitment to creating spaces where all Black people feel comfortable showing up in all of their identities and empowering individuals to have stigma free, asset based conversations with their parents, family, and friends,” the statement says.

NBJC has also released on its website a link to an online pledge it is urging supportive people to take to show they oppose anti-LGBT and HIV bigotry, especially toward black LGBT people.

“No one wins when we don’t dig in, grow, and demonstrate a desire to honor everyone’s humanity,” said NBJC Executive Director David Johns.

“We cannot hide stigma and bigotry behind jokes,” he said. “There’s power in precision and words matter,” Johns said.

Information about NBJC’s Words Matter Campaign and its Pledge against anti-LGBT and HIV bias can be accessed at nbjc.org.