Marks & Spencer has defended yet another attempt by ‘gender critical’ activists to troll the store’s gender-neutral changing rooms.

The British retailer – which sells food, clothes and home goods – informed customers on social media in August they are welcome to use any changing room in stores as they are inclusive of all genders. This has, however, been company policy for several years.

The move, predictably, outraged people online who claim to be concerned about women’s safety and used the move to share anti-trans rhetoric about changing rooms.

A group calling itself “Women’s Rights Network” posted about the trans-inclusive campaign on Twitter on Saturday (26 November).

The account rallied against the retailer’s lack of single-sex changing rooms and cried out against a theoretical situation in which a male customer ‘opened the curtain’ while a young person was getting their “first bra fitting”.

The store, which has vigorously defended its trans-inclusive changing room policy before, refused to back down to the sad little campaign’s bigotted remarks on social media.

“In all of our stores, we have fitting rooms located within our womenswear and menswear departments and each is made up of individual lockable cubicles to ensure every customer feels comfortable and has the privacy they need,” the retailer wrote on Twitter.

“While they are mainly used by customers of that gender, as an inclusive retailer and in line with most other retailers, we allow customers the choice of fitting room.”

Marks & Spencer’s policy has been in place for three years, according to Retail Gazette. Also, the retailer’s response has been used before when the gender-neutral changing room policy was previously the subject of an anti-trans pile-on on social media.

In August, the official Marks & Spencer Twitter account replied to a tweet in which someone was concerned about the company’s fitting room rules. In response, M&S said they are an “inclusive” retailer that allows anyone to use their fitting rooms regardless of the sign on the door.

“While they are mainly used by customers of that gender, as an inclusive retailer and in line with most other retailers, we allow customers the choice of fitting room,” the official Marks & Spencer Twitter account wrote. 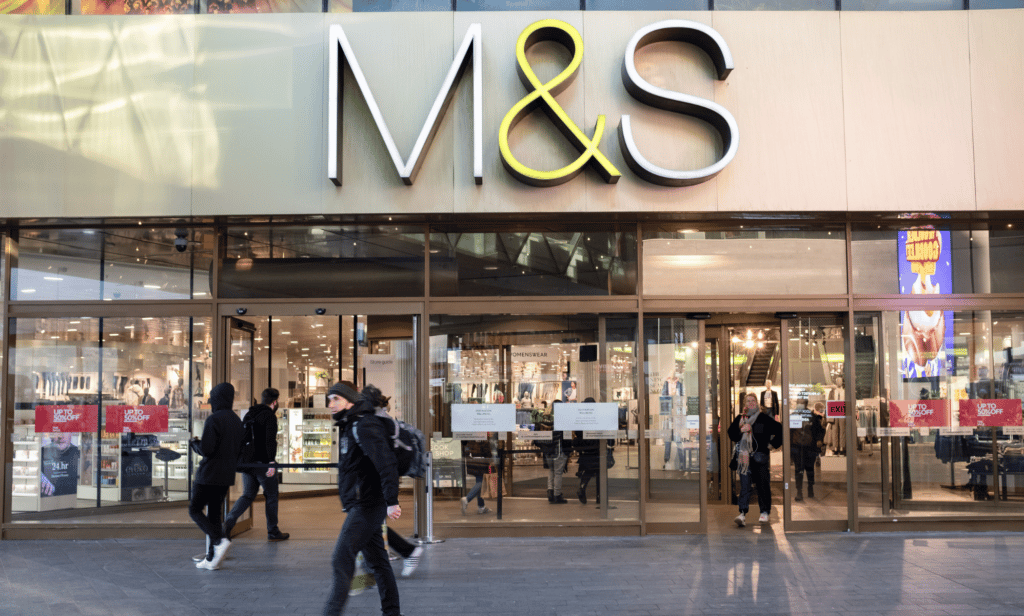 Marks & Spencer’s gender-neutral changing room policy has been around for three years. (Getty)

This sparked calls for a boycott with #boycottMarksandSpencer trending on Twitter. Many retailers with trans-inclusive policies have been threatened with boycotts, but the stores are still doing fine regardless of anti-trans voices declaring they will never use them again.