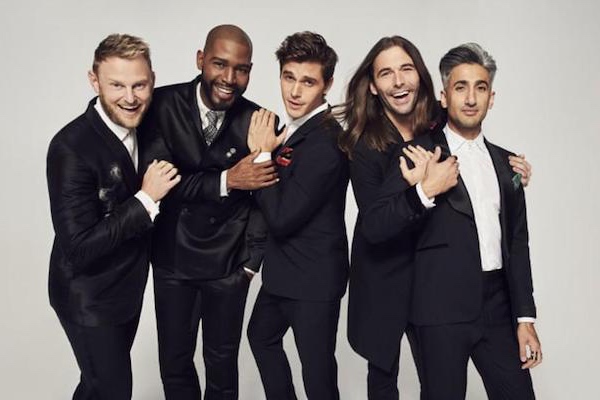 The cast of ‘Queer Eye’ (Photo via Netflix)

RuPaul received his third consecutive win for Outstanding Host for a Reality or Reality Competition Program.

A 9-year-old boy from Denver, Co. was found dead after he was bullied by classmates for coming out as gay. Denver Police say the death is being investigated as a suicide.

According to Fox 31, Jamel came out to his mother over the summer before the school year started.

“And he looked so scared when he told me. He was like, ‘Mom I’m gay.’ And I thought he was playing, so I looked back because I was driving, and he was all curled up, so scared. And I said, I still love you,” Pierce said.

After coming out to his family, Jamel decided he wanted to also come out to his classmates.

“He went to school and said he was gonna tell people he’s gay because he’s proud of himself,” Pierce said.

Pierce says Jamel told her oldest daughter that when he came out to his classmates they bullied him and told him to “kill himself.”

“I’m so upset that he thought that was his option,” Pierce said.

Denver Public Schools sent out a letter to families that grief counselors and extra social workers would be available for classmates, faculty and staff.

For Pierce, the root of the tragedy is bullying. She says children and parents should be held accountable.

“We should have accountability for bullying. I think the child should. Because the child knows it’s wrong. The child wouldn’t want someone to do it to them. I think the parent should be held because obviously the parents are either teaching them to be like that, or they’re treating them like that,” Pierce said.