Petaluma’s Mystic Theater has scheduled a September show by reggae artist Sizzla whose lyrics insight violence against the LGBTQI Community and who makes anti-gay statements during performances.  He first emerged onto the Jamaican dancehall scene in the late ‘90s, and quickly became notorious for incorporating hateful lyrics into his songs.

The North Bay LGBTQI Community is in the process of alerting the local media to bring attention to the concert and Sizzla’s reputation.  Many are emailing and calling the Mystic to express their concern and urge owners and management to cancel the Sizzla show.  Members or the group have noted that they will organize a rally, if the concert is not canceled.

The Mystic has not returned written and phone requests for a comment.

Sizzla’s concert that was scheduled for September 23 at 1015 Folsom in San Francisco was recently cancelled after Shane Downing of www.hoodline.com questioned 1015’s owner Ira Sandler about the upcoming show.  According to Downing, Sandler was:  deeply apologetic about the booking. He explained that in late July, when the show was booked, he had just suffered a heart attack and a double bypass. “I’m a very hands-on owner, and I always vet artists who are potentially controversial,” he told Downing via email. The booking “slipped through the cracks” while he was taking care of his health.

The concert has been moved to Oakland and the new venue will honor tickets purchased for the San Francisco concert.

Two additional Sizzla concerts are scheduled for California in Santa Cruz and Inglewood.  The month-long Sizzla 876 US Tour just kicked off on the east coast, winding its way west, including dates in Portland and Seattle, and ends with two stops in Texas.

In June the Sizzla concert that was scheduled as part of Belgium’s Reggae Geel Festival was cancelled after produces learned of a video shot in January at a Kingston, Jamaica concert in which Sizzla makes anti-gay statements.  Reggae Geel has a policy that prohibits such comments made by artists and feel tolerance is of the highest importance.

During a 2013 performance at the annual Sting festival in Kingston, Jamaica, Sizzla spent more than a minute of his set attacking LGBT people, according to Buzzfeed.

“The rhyme that got Sizzla in hot water … began as a response to his critics,” Buzzfeed reported, “and ended with him screaming ‘battyman’ — Jamaican slang equivalent to ‘faggot’ — while jumping up and down.” Sizzla was banned from performing at the festival the following year.

On Tuesday, August 3 Eureka’s Times-Standard‘s website was dominated by a large picture of  Sizzla under the headline, “Sizzla Confirmed for Reggae on the River.” The story, if you click through, joyously notes, “Grammy-nominated Sizzla Kalonji — one of reggae’s biggest stars — is finally returning to a U.S. stage after eight years of travel delays.”In reality, there were no travel delays. Back in 2008 Sizzla (born Miguel Orlando Collins) had his travel visa revoked following protests over the violently anti-gay lyrics in some of his songs. The controversy has followed him around the globe. In the past decade protests have led to concert cancelations in Canada and across Europe, and in 2004 the British government considered banning him from entering the U.K. (The point became moot after his scheduled tour there was canceled.)

During a 2002 Chicago performance, Sizzla openly bragged that he “kills queers,” and he urged the audience to kill “sodomites and queers” who “bring AIDS and disease upon people.”

The issue of so-called “murder music” isn’t merely an abstract matter of free speech. Human Rights Watch notes that in Jamaica LGBT people are regularly “taunted, threatened, fired from their jobs, thrown out of their homes or worse: beaten, stoned, raped or killed.”

A 2014 report from the group documented 56 cases of violence where victims said they were targeted for their real or perceived sexual identity. And the Southern Poverty Law Center notes that, according to Jamaica’s only LGBT rights group, 98 gay men and lesbians were attacked in that country during a single six-month period in 2007.

That very same year Sizzla was one of four controversial “murder music” performers to sign the Reggae Compassionate Act, in which the signatories promised to “respect and uphold the rights of all individuals to live without fear of hatred and violence due to their religion, sexual orientation, race, ethnicity or gender.”

But Sizzla just went right on espousing anti-gay sentiments. In 2010, for example, he effectively recanted his Compassionate Act promise with a song called “Nah Apologize,” the hook of which goes:

As the Times-Standard notes, this will be Sizzla’s first performance in the United States since his visa was revoked. (It was evidently reinstated earlier this year.) The local community is no stranger to the Murder Music controversy. In 2009 and 2010 concerts by fellow hate-mongers Buju Banton, Bounty Killer and Capleton were canceled following threats of protest.

The tensions eventually led to a community forum attended by local venue owners, concert promoters, LGBT groups and elected officials. The goal was to develop a local “no murder music” agreement, but a planned second meeting — and the agreement — never happened.

We heard about Sizzla from Todd Larsen of Queer Humboldt, who launched an awareness campaign in 2009, about Sizzla’s anti-LGBTQ statements when he saw that he had been booked for shows in Humboldt County, at Petaluma’s Mystic Theatre, and at 1015 Folsom.

“We’ve worked in the past to educate our community on the handful of murder music singers,” wrote Larsen. “Sizzla just snuck into the Reggae on the River [festival] up here [in Humboldt County], and we’ve engaged the sponsor to build in steps to avoid having murder music singers perform again.”

We urge members of the LGBTQI Community to protest the Sizzla concert at the Mystic Theatre by emailing the business at [email protected] or by calling them at 707-765-2121. 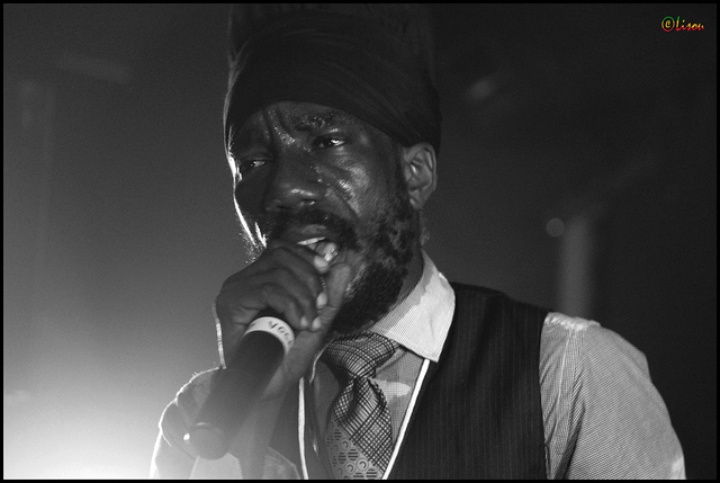