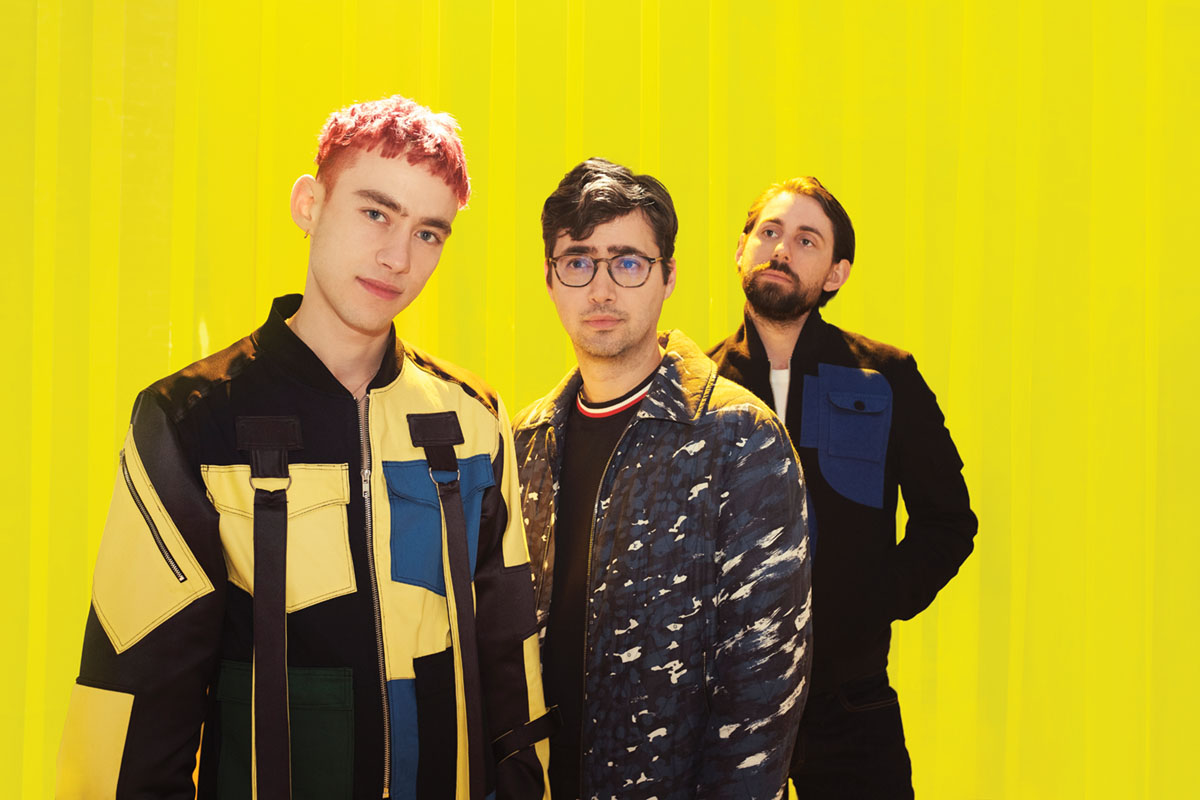 Before Years & Years appeared on the scene, seemingly from nowhere, with their chart-topping debut Communion, most of us had no idea that their brand of infectious, surprisingly cerebral, and subtly but unmistakably queer synthpop was exactly what we all needed in our lives. Palo Santo (

) finds the British band more heavily preoccupied than ever with matters of spirituality, sexuality, and the many points of overlap between the two. This time, however, they ditch the subtlety.

The direction taken on Palo Santo is inseparable from frontman Olly Alexander’s rapid rise as an outspokenly gay pop superstar. Like many of his peers, Alexander has a noticeable preoccupation with LGBTQ visibility and representation, and that preoccupation comes out strongly in the album. Putting aside questions of radio-friendly heteronormative respectability, he makes it clear from the outset that the image of gay love he puts forth will not be neutered, and it will not be toothless. It will be accepted on its own terms, and just to make sure that everyone knows that Years & Years do not play around, the first single is the BDSM-themed dance track, “Sanctify.”

Appropriately for an album whose title translates as “holy wood,” Palo Santo returns frequently to religious themes and iconography. Probably the strongest track on the album, and one that sets the tone for the rest of it, “Sanctify” is addressed to an anonymous, presumably straight partner. A straightforward sexual solicitation on one level, the barely-concealed subtext of the song is an invitation to participate in a sort of sacramental act. “You don’t have to be straight with me/I see what’s underneath your mask,” Alexander reassures his lover with an almost audible grin, inviting him to break out of the confines of his assumed identity and experience a deeper connection. Instead of drawing a contrast between the visceral and the sacred, Alexander makes the assumption that the two emanate from the same source. “Sanctify my body with pain,” after all, is a plea that rests on the assumption that queerness is already something sacred, no further justification or explanation needed.

“Sanctify” is followed by “Hallelujah,” a frantic dance track. Later in the album, Alexander gets his George Michael moment on “Preacher,” which has him offer a gentle rebuke and a chance at redemption to a closeted love interest presumably wracked with internalized homophobia. Despite the weight of the subject matter they deal with on Palo Santo, Years & Years are still out to write fun, dancey hits, and the album represents an evolution of the catchy, thematically strong pop of their debut.

While Palo Santo meanders more than the flawlessly structured Communion, the album’s standout tracks are arguably the band’s best work yet. Although the most catchy, memorable tracks are front-loaded into the first half of the album, there is enough substance in the slower tracks of the album’s second half to see it through to its finish. Having “Preacher” to anchor them doesn’t hurt, either. The odd track out is “If You’re Over Me,” set to an upbeat, almost saccharine tune that would not have been out of place in a ’90s cartoon. It’s fun, catchy, and a definite contender for best breakup song of the summer.

From the very beginning of Palo Santo, Alexander casts himself as a sort of queer mentor, guide, or sage, a role he returns to repeatedly throughout the album. It all mirrors his own increasing comfort with wearing the label of queer on his sleeve. Granted, he was far from closeted when Years & Years dropped Communion, but in the years since he has embraced his queerness more stridently, appearing in a provocative photoshoot for PAPER magazine, mounting a full-throated defense of the trans community during London Pride, and calling for his audiences to “shove a rainbow in fear’s face.”

While it does not feel quite right to call Palo Santo a reinvention or a moment of self-discovery, it might be the moment that the band has come into their own. With Palo Santo, Years & Years have set themselves apart in the pop landscape with a truly unique sound and personality, and Olly Alexander, in particular, has proven himself a gay pop icon in the making.