Film Review: ‘I Promise You Anarchy’

Teenage Miguel (Diego Calva) has two major passions in his life.  His boyfriend Johnny (Eduardo Eliseo Martinez) who just happens to be the son of his wealthy family’s maid, and skateboarding. Whilst Johnny may share these passions ….. well, definitely the latter …. he also has a very jealous girlfriend too.  They all live in Mexico City albeit in quite opposite settings as Johnny is living rough on the streets and always on the look out to make some easy money.

These two young men jump at the chance of getting involved with some petty criminal plot that involves rounding up some desperately poor people off the streets to illegally donate blood to some drug gangsters. There is good money to be made, but on this particular occasion the deal goes horribly wrong when armed thugs suddenly herd the donors into a truck and just simply drive them away never to be heard off again.

When the boys go off to search for an explanation from the middle man who set the deal up, things go from bad to worse as they take matters into their own hands, and then Johnny betrays his one-time boyfriend and subsequently is left with no other choice than to immediately hot-foot it out of town.

This attempt by Guatemalan-Mexican writer-director Julio Hernandez Cordon to make a cool and edgy street drama with these young skateboarders ……one of whom likes nothing more than demonstrate his skills on the board whilst totally naked ….falls very flat on it’s face.  Whilst it started off by insinuating itself as a potential gay romance it instead unfolds into a ill-conceived and rather messy crime noir drama that fizzles out with a most unimaginative ending.

The cast made of up of total amateurs that Hernandez recruited via the pages of Facebook add a welcome rawness to the piece that at least has a very visual stylish look to it, but that alone is not enough to redeem it.  I Promise You Anarchy …..but what a pity he didn’t promise us a more interesting movie too. 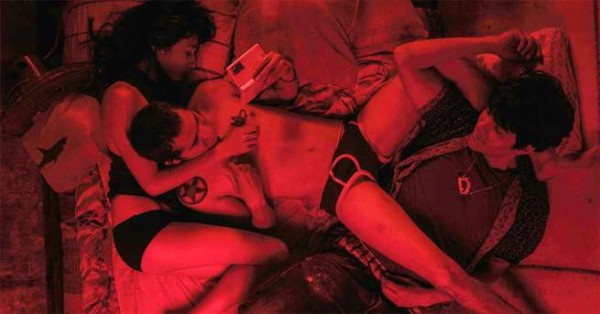