Film Review: ‘Made in Bangcock’

When Argentinian film buff Flavio Florencio first went to Mexico some years ago his friends took him to a ‘cantina’ to watch a cabaret full of transvestite performers which totally fascinated him.  He was very curious to know how they all spent their daytime lives off the stage, and he decided that there was probably a good story amongst them just waiting to be told.

After visiting these clubs ever weekend for several months, Florencio found Morgana an operatic soprano whose singing totally entranced him, and after hearing her story, he knew that she would be the subject of his first ever documentary film.

He chose well as Morgana is a very bubbly trans woman with boundless energy and sheer determination to succeed at achieving her goal of getting realignment surgery to complete her transition.  Perpetually in very good spirits, we first see her at home in Mexico discussing the fact that the operation she wanted would cost almost $10000 in Thailand. As she had no way of affording that, she had applied and been accepted to enter the Miss International Queen beauty pageant where the prize money was exactly that.

The really beautiful Morgana stood out from this crowd, but even so filmmaker Florencio sensing that she still didn’t have a actual chance of winning the title and the prize money, went behind her back to ensure that the story has a very happy ending.

The very moving scenes in the impressive modern hospital when she is about to fulfill her dream at last see Morgana in tears of joy, a reaction that is bound to be shared by many people watching the film too.  To be able to witness someone as special as Morgana complete her journey into finally having her body match her real gender is a remarkable thing.  Florencio has stated at the beginning he wanted to make a universal story, and that is exactly what he has done and quite brilliantly too. 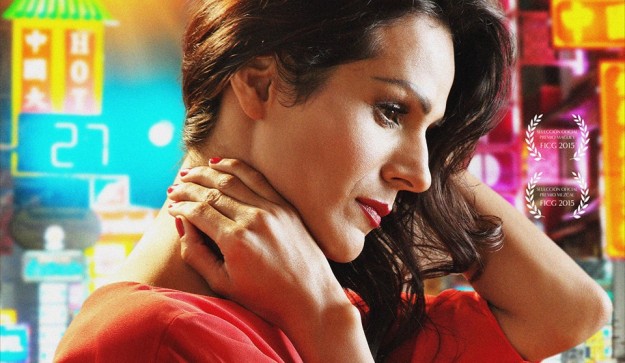