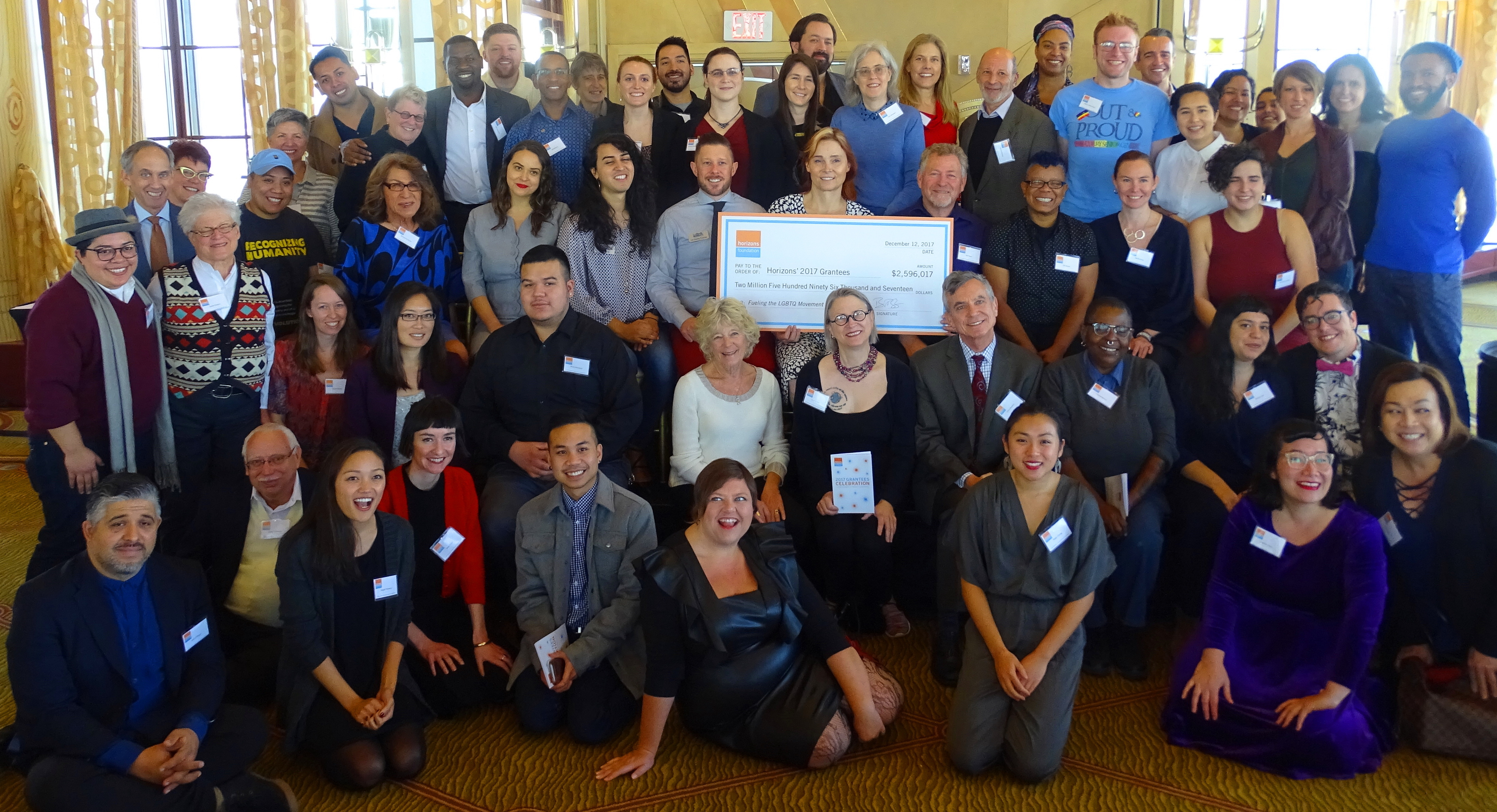 “The Community Issues grants have long been at the heart of Horizons’ grantmaking,” added Horizons President Roger Doughty. “It is always Horizons’ honor to partner with some of the most effective, inspiring, and creative organizations, leaders, and activists in our community – and that is certainly true this year.”

“Horizons’ grantees are a reflection of the LGBT community perseverance and movement forward towards equality for all,” stated Francisco Buchting, vice president of grants, programs, and strategic initiatives. “Each of our grantees, whether it is a small LGBTQ organizations or an LGBTQ program within a larger organization, do so much good throughout the nine SF Bay Area counties Horizons serves.”

Caminar (Family and Children Services of Silicon Valley) – Support for LGBTQ Youth Space, a hub of queer youth arts in the South Bay

Young Women’s Freedom Center – San Francisco – Support for Queer on the Inside, a program that supports incarcerated young cis and trans women