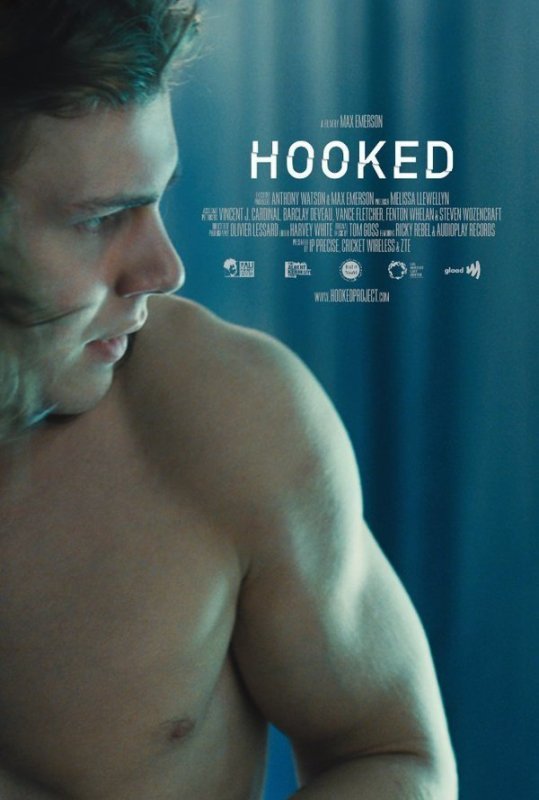 The social media star and model/actor Max Emerson courageously took on the pressing topic of homeless LGBT youth for his feature film writing/directing debut.  This fictionalized story was evidently inspired by the countless troubling emails Emerson received from when, at the grand old age of 25, he published his own memoir Hot Sissy – Life Before Flashbulbs.  He launched a Crowdsource Fund to make his film in a way that 50% of any profits would be passed to charities such as the Albert Kennedy Trust who specifically work with this too often neglected part of our community.

His film is the story of a very good looking  18-year old hustler called Jack. (Conor Donnally) who has left home to be in NY with his  17-year-old boyfriend Tom (Sean Ormond)  The two are temporarily living in a hostel dorm room and Jack hustles so they have money to live and put Tom through school.  Jack has anger issues and deliberately alienates and confronts everyone he comes across, except for Tom who he totally dotes on as the pair are obviously very much in love.

When one of Jack’s clients offers to take him on a trip to Miami, he jumps at the chance and sees it as an avenue to start a fresh life in the sun with Tom.  Unfortunately, despite the client’s supposedly good intentions, the scheme goes awry with almost fatal consequences.

Emerson knows in part on how to put his story with its very serious subject across and tries to ensure keeping the audience’s attention with enough scenes of hot looking young men clad only in their underpants. However, his undeniable passion and enthusiasm for telling this story seem to have made him overlook a few of the wince-making cliches such as the closeted client’s much younger unforgiving wife.

All in all this well-intentioned film that has its heart in the right place was an impressive debut from Emerson. He managed to squeeze in so many unfortunate elements that homeless LGBT youth have to deal with such as sexual abuse, violence, drug addiction and suicide.  The fact he chose to make it as a fictionalised drama means that it will probably be seen by more members of our community than a regular documentary.

Emerson also cast his two young lead actors well as their undeniable chemistry made their burgeoning relationship that much more compelling.

There is also a slight preachy element to the whole film and at the very end Emerson can hold back no longer and puts up some harrowing statistics about the plight of  LGBT homeless youth.  It may be unsubtle, but it is extremely effective.

‹ 5 Things You Can Do to Fight Family Separation Right Now › Frameline42 Film Review: ’50 Years of Fabulous’