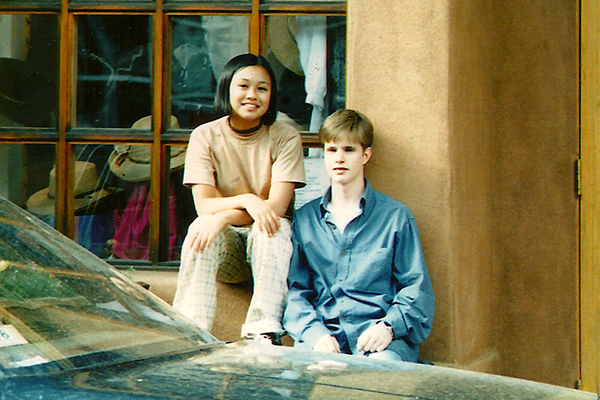 Twenty years ago this month, when Matthew Shepard, a 21-year-old University of Wyoming student, went to a bar, he likely wasn’t thinking he’d die that day or that his all-too-brief life and horrific death would put a human face on homophobia and hate.

How could Shepard have foreseen on Oct. 6, 1998 that Aaron McKinney and Russell Henderson would entice him to step into their vehicle and then tie him to a fence outside Laramie, Wyo.?  Then beat him mercilessly – striking his head, as the Blade reported, with the barrel of .357 Magnum pistol?  That the day after this blood-curdling attack, he’d be found and taken to a Colorado hospital? That this would be too late and he would die five days later on Oct. 12, 1998?

Two decades later, Shepard’s murder is still horrifying and incomprehensible. It shouldn’t be surprising that McKinney invoked the “gay panic” defense – alleging that Shepard, in the vehicle, groped him. (McKinney and Henderson have been sentenced to life in prison without parole. They said originally they intended to rob Shepard; $20 was stolen from Shepard’s wallet.)  Today, in the age of marriage equality, the “gay and trans panic” defense is still legal in 47 states, according to the National LGBT Bar Association. Still, our hearts break trying to understand how Henderson and McKinney could have committed such a brutal act.

In “October Mourning: A Song for Matthew Shepard,” Lesléa Newman, a poet and author of “Heather Has Two Mommies,” struggles to comprehend Shepard’s murder. “Deliver a baby/Read War and Peace/Fall in love/Fall out of love/,” Newman writes in the poem What You Can Do in Eighteen Hours, “…Wait to be discovered/lashed to a fence/Shivering under a blanket/of stars.”

On Oct. 26, Shepard’s ashes will be interred at the Washington National Cathedral. The Cathedral is an ideal choice for his final resting place, Matthew’s mother Judy Shepard, said in a statement. “Matt loved the Episcopal Church and felt welcomed by his church in Wyoming,” she said.

In December 1998, shortly after Shepard died, his parents Judy and Dennis Shepard founded the Matthew Shepard Foundation.  “For the past 20 years, we have shared Matt’s story with the world,” Judy Shepard said in her statement on the upcoming interment of her son’s ashes at the Washington National Cathedral. “It’s reassuring to know he now will rest in a sacred spot where folks can come to reflect on creating a safer, kinder world.”

This reassurance is needed now more than ever.

If you’re queer, whether you were alive when Shepard died or born after his murder, you’ve likely experienced hate-based violence or lived under its shadow.  Years ago in the 1990s, my late partner and I walked to the grocery store after dinner. As we walked, a man from a passing car yelled out “you dykes!”  He didn’t physically hurt us, but the verbal violence and threat of physical violence were there.

A few years ago, I waited for a bus at my bus stop. Suddenly, a man came up from behind and roughly twisted my arm, while screaming, “I hate you, fucking dyke!”

I’m acutely aware that I’m cisgender and white (as was my late partner).  The rate of violence cisgender white people fear and experience has historically been lower, and received more attention, than the hate-filled violence directed at transgender people and people of color.  Charles Blow, the New York Times columnist and author of the memoir “Fire Shut Up in My Bones,” grew up in poverty in rural Louisiana. His older cousin, Blow, who is black and bisexual, told the Blade, was tied to a bed, beaten and murdered because he dared to be openly gay. “This hate crime against a black man, unlike Matthew Shepard’s murder didn’t receive media attention,” he said.

Unfortunately, despite this legislation, hate crimes have  increased against LGBTQ people, particularly against transgender people and people of color. Hate violence-related homicides of LGBTQ people between 2016 and 2017 increased by 86 percent, according to the Anti-Violence Project.

For Trump, hate has become a weapon to energize his base. We need to work for a “safer, kinder world” ASAP.

Trans people are in the midst of a second Lavender Scare