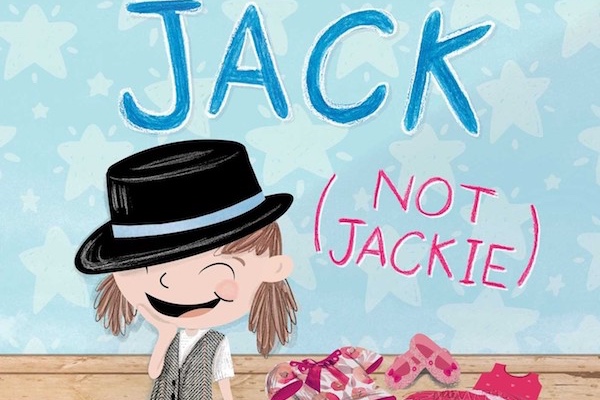 GLAAD and Bonnier Publishing USA have released “Jack (Not Jackie),” the second book in their LGBT-friendly children’s book series.

“Jack (Not Jackie)” is written by Erica Silverman and illustrated by Holly Hatam. It aims to teach children about gender identity and expression.  According to GLAAD, “the story centers around a big sister, Susan, who learns to understand and appreciate that her younger sibling identifies as ‘Jack’ rather than ‘Jackie.’ The book also features a loving and supportive Mom, who listens to Jack and is patient with Susan.”

“Today children of all ages are finding support and understanding from parents and caregivers when they express that their gender identity or gender expression doesn’t match the sex recorded on their birth certificate,” Nick Adams, director of transgender media and representation at GLAAD, said in a statement. “The social transition portrayed in this book is simply and refreshingly a family listening to their child and following his lead as he tells them what name and pronoun he wants to use and how he wants to dress.”

In May, GLAAD and Bonnier Publishing USA released “Prince & Knight,” written by Daniel Haack and illustrated by Stevie Lewis. The tale follows a prince and a knight who join together to fight off an evil dragon and fall in love.

Proceeds from the books benefit GLAAD. The collaboration plans to release four books per year for readers up to the age of 14.